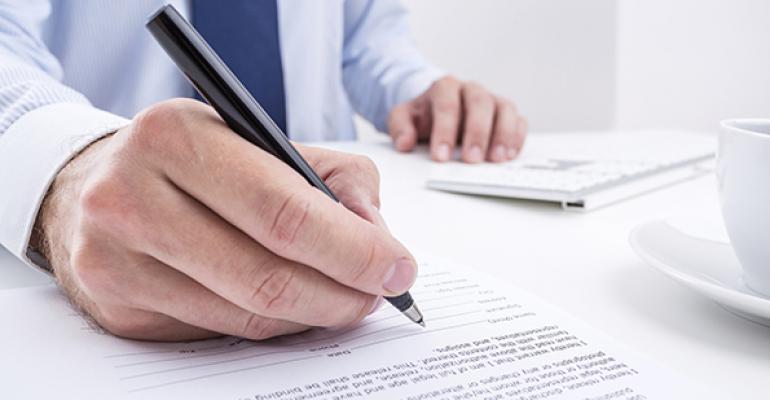 Casey Patten and David Mazza opened Taylor Gourmet in 2008 because the Philadelphia natives simply wanted a good hoagie in Washington D.C. So, shortly after opening a second unit in 2010, the business owners were surprised when they got a call from a private-equity firm looking to invest and help grow the chain quickly.

“I didn’t know how to take it,” Patten said. “We just opened the first store because we wanted something from home with fresh quality bread, premium meat, nothing cut out of the bag, and veggies sliced for the time period. It was sentimental. It was something we had. It wasn’t, ‘How could we turn this into 500 units?’”

But now, five years, eight more units and one highly public visit from a president later, Taylor Gourmet is ready for the next step. This week, the sandwich chain said it had received an equity investment from the private-equity group KarpReilly LLC.

The investment will enable Taylor Gourmet to build the infrastructure to continue adding units. The company currently has restaurants in Washington, D.C., Maryland and Virginia, and plans to continue adding locations in that area while it looks for additional markets to take its concept.

The challenge for Taylor Gourmet, however, is to resist the trappings of growth. Taylor Gourmet specializes in freshly prepared sandwiches. Everything is prepared on site, from the meats to the dressings.

“We’ve always been about quality,” Patten said. “Everything is created in house. We roast all of our own turkey. We braise our own pork. Our dressings are made from scratch. Our bread comes in daily and is only good for a day. Everything is made in small batches to stress freshness and quality. We had bread our chicken cutlets, roll our own meatballs.”

That strategy works for today’s restaurant consumer, who increasingly demands freshness and prefers seeing food made in front of them. But growth demands can challenge concepts that want to remain fresh, but face increasing pressure to get more efficient.

“As you grow, you bring in people from other concepts who’ve been in the restaurant industry and have their own opinion,” Patten said. “It’s funny when people come in and say that we can do this easier and have someone do this for us. But when the customer comes in, we want them to see turkeys coming out of the oven. We want to see someone rolling the meatballs. It creates an amazing experience.”

The concept was influenced by the business partners’ background. Patten and Mazza grew up in Philadelphia, went to Penn State and then went to Washington, D.C. They owned an old building in D.C. and decided the best thing for it would be a hoagie shop like one they’d grown up with.

Patten had worked in the restaurant industry for years, starting as a host at a Bennigan’s in high school and working in kitchens during college. At one point he toyed with attending culinary school. Despite the business partners’ foodservice experience, they weren’t quite prepared for the onslaught of customers after they opened the first location.

“It went too good, actually,” Patten said. “We probably weren’t ready for the success of that store. We were busy off the bat.”

That location was 1,150 square feet, and had just 220 square feet of kitchen space — not much for a high-prep concept.

“It was crowded,” Patten said. “It was busy. We were doing prep and working in the store 20 out of 24 hours every day. It was pretty crazy.”

The second store had lines out the door after it opened in 2010.

“At that point we thought maybe we were onto something,” Patten said.

The pair resisted investment inquiries, choosing Small Business Administration financing instead. That approach helped lure President Barack Obama to one of the locations, where he held a small business summit, brought in members of the press and bought hoagies for John Boehner, Nancy Pelosi and Harry Reid.

Patten and Mazza also met Allan Karp, the co-founder of Greenwich, Conn.-based private-equity firm KarpReilly, through a mutual friend. KarpReilly is a well-known investor in the restaurant world, having recently taken The Habit Restaurants Inc. public. The company also has investments in several other restaurant companies.

That meeting would later prove fortuitous. Having decided they were ready to take the next step, Patten and Mazza earlier this year began working with Minneapolis-based investment bank Geraty Investments to find an investor, and ultimately chose KarpReilly because they already felt comfortable with the group.

“We knew each other,” Patten said. “We met and spent time together, and I believe our strategies align. Our core values are one and the same. When you have that formula, at the end of the equal sign can be some very large success.”

And now, Patten said, the timing is much better than it was five years ago.

“I couldn’t imagine if we took private equity at store two,” Patten said. “I don’t think we would have our store values over the integrity we’ve had over the years. Over these past seven years, we set the pillars of who we are.”