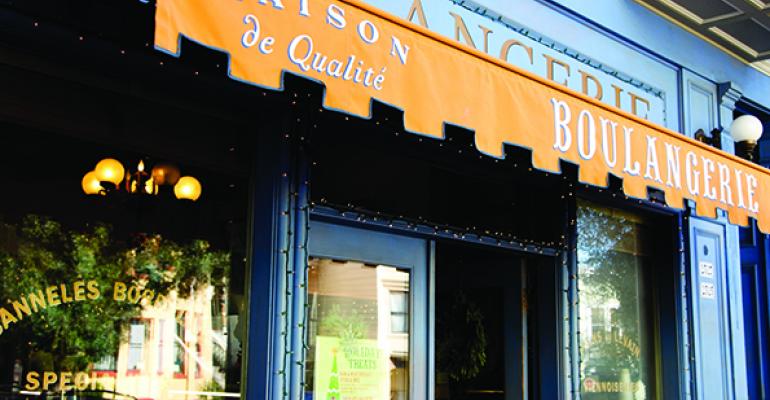 Starbucks Corp. plans to close all 23 La Boulange bakery-café units by the end of September, although the brand’s food will still be served at Starbucks coffeehouse locations, the company said late Tuesday.

In addition to the 23 units, which are located primarily in the San Francisco Bay Area, Starbucks will also close two manufacturing facilities that serve those locations, as well as the Evolution Fresh retail unit in San Francisco, the company said.

The Seattle-based operator said the decision was a result of ongoing evaluations of its unit portfolio. La Boulange locations are “not sustainable for the company’s long-term growth,” Starbucks said.

Starbucks acquired San Francisco-based Bay Bread LLC and its La Boulange brand in June 2012, for $100 million cash. The company’s goal was to add food offerings at Starbucks units, as well as to grow La Boulange into a national brand.

At the time, La Boulange had 19 locations around the Bay Area, and was known for its bakery cafés and strong wholesale business, supplying restaurants, hotels and specialty grocery stores.

The La Boulange acquisition followed Starbucks’ purchase of the Evolution Fresh juice brand for $30 million cash in 2011. In addition to introducing its cold-pressed juices at Starbucks locations, at the time, the company also planned to grow that brand as a juice bar chain.

The rollout of La Boulange food products at Starbucks locations in the U.S. and Canada has been hailed as a success. For the second quarter ended March 29, food showed growth of 16 percent year over year, and contributed 2 percentage points to same-store sales growth of 7 percent in the Americas region.

Sales of breakfast sandwiches have grown 35 percent year over year during the morning daypart, and lunch showed double-digit increases.

Starbucks’ plan to grow its food business in the U.S. to more than $4 billion over the next five years has not changed, officials said.

“Starbucks will continue to deepen its commitment to customers food experience in stores, ensuring it surpasses their expectations, just as the company has done with coffee and beverages,” officials said in a statement.

Pascal Rigo, the founder of La Boulange, who was named senior vice president and general manager of the La Boulange brand for Starbucks with the acquisition, will leave the company, Starbucks said.

Rigo will dedicate more time and resources to his nonprofit ventures, which supply food to schools with underprivileged children and bring after-school clinics to help children with learning disabilities, the company said.

Employees from the closed units will be moved to other locations within the coffeehouse chain where possible, and they will be offered incentives to continue employment with the company, Starbucks said.