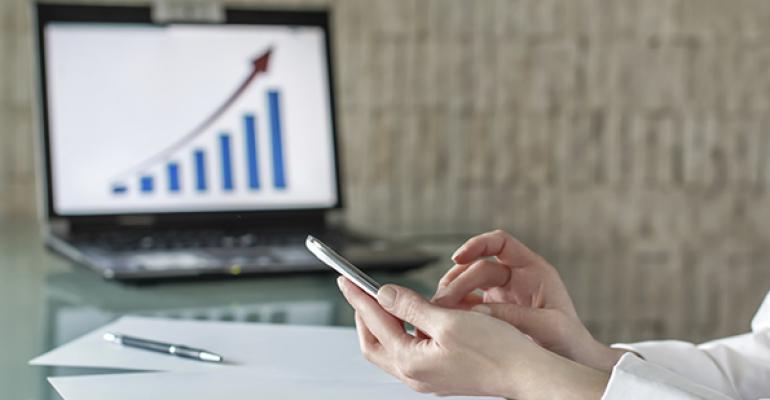 Naf Naf Grill had a few popular restaurants in Chicago and its suburbs two years ago when it opened a location on the city’s busy Michigan Avenue.

Like its other restaurants, the location generated long lines of customers hungry for its unique blend of Middle Eastern cuisine in an Americanized fast-casual format. But the location also attracted investors eager to get in on the ground floor of the “next Chipotle.”

“It put us on the map in Chicago,” said David Sloan, co-founder and co-CEO of Naf Naf Grill. “We had lines out the door. We started getting a lot of interest in us. I was getting contacted by a lot of different private-equity groups, a lot of different investment groups, who wanted to find out more. It became almost a full-time job dealing with people who had interest in the concept.”

With a choice of investors, Naf Naf Grill picked Roark Capital Group because the Atlanta-based private-equity firm is experienced in helping companies grow and has a reputation for keeping its investments. Roark announced its equity investment in Naf Naf Grill on Tuesday.

This is life for restaurant entrepreneurs today. Investors are eager for growth, and many are targeting smaller, emerging chains, in the hopes of finding the next big thing.

Prices for existing chains, particularly if they have growth potential, have increased, due to low debt costs and the presence of numerous buyers. High prices for companies that go public have pushed those multiples higher.

Those prices have more investment groups targeting restaurant concepts at earlier stages of development. Private-equity groups see potential for higher returns down the line, especially given the success of fast-casual chains like Zoe’s Kitchen Inc. and Habit Restaurants Inc.

It has even lured Roark, which has traditionally invested in more established concepts, like Wingstop Inc., which is expected to make its public debut Friday.

“We’ve talked about it for a long time,” said Geoff Hill, a principal at Roark. “For whatever reason, we just didn’t. Then this one came up. We got so excited about the concept and the founders. It just fit.”

Sahar Sander and Elan Burger opened Naf Naf Grill’s first location in an old, run-down Taco Bell unit, in Naperville, Ill., in 2008. Despite the location, it lured long lines. Five years ago, it caught the eye of Sloan, who owned a money management company in Naperville.

“It was an old-style Taco Bell with adobe-style brick,” Sloan said. “That place was great. The place was falling apart. There was no heat or air conditioning, but there was a line out the door every day.”

Sloan had frequently traveled to Europe and recognized the growing popularity of Middle Eastern food there. He stopped by Naf Naf Grill one day after seeing that it served shawarma, a style of preparation in which meat is grilled for as long as a day on a vertical spit. Sander made Sloan a chicken shawarma sandwich.

“It was the best I ever had,” Sloan said.

Ultimately, he and Justin Halpenny convinced Sander and Burger to enter a partnership with them.

They soon opened a concept restaurant half a mile away, and then another location in Aurora, Ill. Both were successful. The company kept growing, eventually finding locations downtown. Along the way, the chain’s key element was to make it simple, and in a format familiar to Americans.

“A lot of people may not have heard of shawarma,” Sloan said, “but we’re going to give it to them in a familiar setting.”

Customers choose either steak or chicken shawarma, or falafel, either in a pita, a rice bowl or a salad bowl, plus toppings. The food is sliced and prepared in front of customers. Each location also makes as much as 2,000 pitas on site every day.

“We’d rather be the best at three things rather than average at nine or 10,” Sloan said.

In it for the long term

Naf Naf Grill offered investors several enticing qualities. First, it’s unique: There aren’t many comparable Middle Eastern concepts. Second, it is in the fast-casual segment, which is where just about all the growth in the restaurant industry is currently taking place.

“It’s something different and unique,” Hill said. “It fits into where we see the market growing. The Millennial crowd, the younger audience, likes to try something new.”

It’s also scalable, meaning the concept can be expanded into new markets.

“They’ve done a good job tweaking it over the years to get it ready for growth,” Hill said. “It’s a fairly simple operation in its current format. You can build it quickly. You can find good employees and managers, because it’s not complicated to operate.”

These factors, plus the long lines, could make the concept a potential gold mine in the eyes of investors. And thus the calls came to Sloan.

Naf Naf Grill wants to kick its development into high gear, with as many as 15 new locations next year, and is eager to be the first national Middle Eastern fast-casual concept. The investment from Roark will help the company towards that goal. And Roark’s expertise — it put former Qdoba Mexican Grill CEO Gary Beisler and former Arby’s chief operating officer George Condos on the concept’s board — should help.

“We were fortunate to have a choice of a lot of different equity groups and restaurant groups,” Sloan said. “It gave us the ability to look not so much at the deal side. That was important. But what’s important is to get a partner you can mesh well with. Their strengths are our weaknesses. We’ve never scaled an operation going from 13 stores to 150 stores. They have.”

Roark, for its part, invested in Naf Naf Grill with the long term in mind.

“We didn’t look at Naf Naf because of anything going on in the market,” Hill said. “We’re in it for the long term. We don’t time things. We look for stuff we can get excited about, that we can grow.”