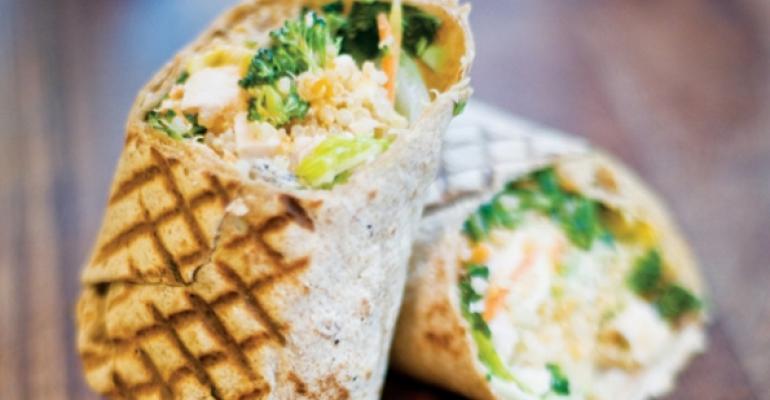 Under the deal, if completed as expected in about 30 days, Catterton would invest $22 million in Protein Bar and take a majority stake in the Chicago-based concept, according to Crain’s Chicago Business, which attributed documents from an unnamed source.

The funding would go towards accelerating Protein Bar’s growth outside markets where it currently operates, which include Chicago and Washington, D.C., and making key management hires, according to the report.

Protein Bar founder and chief executive Matt Matros said he could not comment on the report Friday. Representatives of Greenwich, Conn.-based Catterton Partners also declined to respond to press requests.

Protein Bar, founded in 2009, is known for its three-daypart offerings of healthful dishes for people on the go. Popular menu items include “Bar-ritos,” the chain’s version of burritos, as well as quinoa bowls, salads, chili and smoothies.

While high-protein items drive the menu — Matros lost 50 pounds eating a high-protein diet — the concept appeals to healthy eaters with a broad spectrum of nutrition goals, such as those who avoid carbs, vegetarians, low-calorie or gluten-free eaters, or diners seeking the latest superfoods.

Early on, Matros envisioned what he called a “10-10-10” plan to have 10 locations in 10 markets within 10 years. But after seeing success in Chicago and Washington, the chain decided to focus on deeper penetration in those markets before moving forward into new territory.

Catterton has also shown interest in smaller, emerging brands. Last year, it invested in Mendocino Farms, a five-unit better-sandwich concept based in Los Angeles, which was founded in 2005.