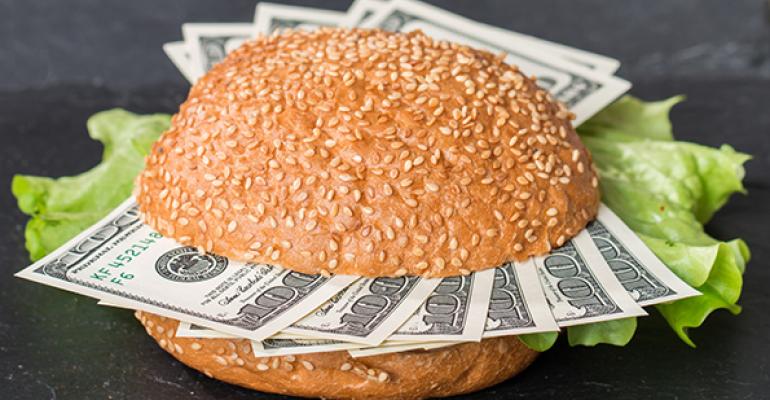 Sandwich and burger chains have lost some of their dominance over the past couple of decades amid the emergence of casual-dining restaurants, and then fast-casual and coffee concepts, according to the latest Chain Restaurant Industry Review from GE Capital, Franchise Finance.

In 1990, the first year GE published its annual look at the restaurant industry, sandwich chains — of which it includes burger concepts like McDonald’s and Burger King — represented nearly two-thirds, or 63.5 percent, of the top 25 restaurant chains.

By 2014, that percentage had fallen to 54.5 percent, as the chains’ growth stagnated and concepts like Starbucks, Chipotle Mexican Grill and Buffalo Wild Wings have grown.

Even McDonald’s Corp., the largest restaurant chain in the world, has seen its share diminish over time, from 23.6 percent of the largest 25 chains in 1990 to 22.3 percent last year.

The shift among the largest restaurant chains in the country demonstrates consumers’ growing use of restaurants and their change in tastes. As consumers eat out more often, the industry has provided them with more options at different times of the day.

“Years ago, it was novel to go out and eat,” Savilonis said. “When I was a kid, it was a novel thing. You didn’t do it every day. You didn’t do it a couple of times a week. That has shifted. Now it’s a substitute for eating at home.”

In the 1990s, casual-dining chains grew amid a roaring economy, as consumers looked to splurge. Then fast-casual chains started taking hold over the past decade and found a middle ground.

“When fast casual came on the scene, it really changed the landscape and what brands needed to do,” Savilonis said. “Fast casual took the best of both worlds and said, ‘Here, we can deliver quality food, quickly.’”

Consumers are also purchasing items at different times of day that they usually consumed at home, like snacks and coffee. Coffee chains were largely limited to local and regional concepts. Today, Starbucks is the third largest restaurant chain. Dunkin’ Donuts is No. 7.

“The industry has adapted,” Savilonis said. “Yes, it’s grown. Yes, it has responded to the consumer. But the consumer has also been willing to substitute restaurant dining as the alternative to eating at home.”

Industry growth has been largely stagnant in the years since the recession, and that was still true in 2014, according to GE. Sales rose 3.3 percent last year. But much of that was due to higher prices. Average check rose 2.1 percent. Traffic rose just 0.2 percent, meaning that consumers didn’t eat out more often, but spent more. Unit count fell slightly, decreasing 0.6 percent.

“Margins have been thin for a very long time,” she said. “They had no choice to pass that onto the consumer.”

Still, operators are currently more confident than they have been in years about current conditions. GE Capital cited the National Restaurant Association’s Restaurant Performance Index, which reached its highest level since 2004 in December 2014, of 102.9. The index measures the current performance of the industry and operators’ expectations.

Consumer confidence is up, unemployment is down, home prices are improving and stock prices are up, so consumers have more jobs and more wealth than they have had in the post-recession environment. Disposable personal income rose 2.4 percent last year.

Perhaps traffic should be improving even more. But Savilonis said that much of the improved environment came in the last half of last year, as real estate prices improved and gas prices fell.

“It was an uneven recovery for a long time,” she said.

Savilonis noted that the stock market has been surging for some time, and has recovered 220 percent of the value lost during the recession. By comparison, real estate has only regained 84 percent of its lost value. So most consumers haven’t felt the improvement, at least until recently. Thus, sales could improve as conditions improve more widely.

“Disposable income has started to climb again,” Savilonis said. “It is shifting. Operators are feeling the shift, and we see more people come into restaurants. They’re feeling more positive as well.”

One thing that might be holding the industry back: debt, specifically student debt and auto loans. Student loan debt reached $1.16 trillion in the fourth quarter, more than three times the amount from 10 years ago. Auto loan debt rose 8.7 percent.

Millennials, the largest demographic group, suffered the most during the recession and had to cut back. The rate of “seriously delinquent” student loans is 11.3 percent, an 80-percent jump from 10 years ago, Savilonis said.

That amount of debt keeps that generation from dining out as often as it would like. As such, they’re choosier about where they dine out — which puts pressure on chains to provide quality food and service at a good value.

“When they do eat out, they’re very selective,” Savilonois said. “They want specific things. And the people, brands and operators that meet those demands, they will have those customers for the next 20, 30, 40 years, because the younger consumer will remember who gave them the healthier food at a reasonable price. It’s one reason fast casual resonates so well.”