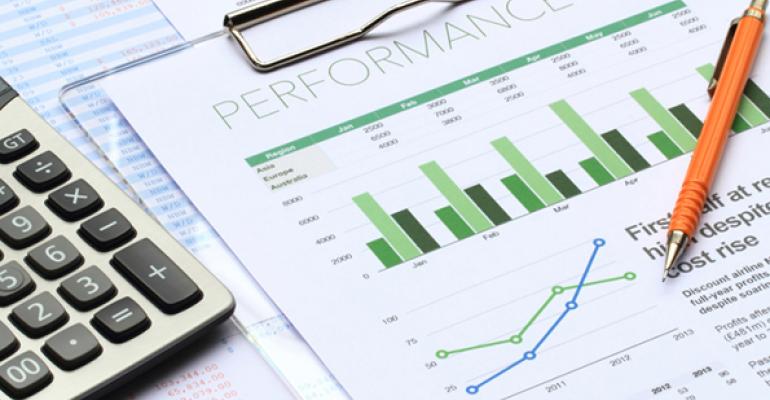 Five restaurant companies updated same-store sales guidance Monday, indicating improvements in the past quarter and improved outlooks into this year.

The five brands issued guidance ahead of presentations Monday and Tuesday at the ICR XChange conference in Orlando, Fla.

Popeyes CEO Cheryl Bachelder said global same-store sales for 2014 rose 6.2 percent, an increase from earlier guidance of 5 percent to 5.5 percent, through a combination of “menu innovation, media and messaging.”

“We also continued expansion of our global footprint with the opening of 201 new Popeyes’ restaurants, a new milestone for the Popeyes system,” Bachelder said in a statement, compared with 194 new restaurants opened last year.

For the full year, the family-dining operator said systemwide same-store sales rose 2.8 percent, with an increase of 2.5 percent at franchised units and 4.2 percent at company-owned restaurants.

Based on preliminary results, Denny's increased its full-year 2014 guidance for earnings before interest, taxes, depreciation and amortization to between $80 million and $82 million.

Denny’s will report earnings after markets close on Feb. 18.

Dunkin' Brands, parent to Dunkin' Donuts and Baskin-Robbins, said in a presentation filed Monday with the Securities and Exchange commission that while “comp-store sales growth was more challenging than expected” in 2014, it was still able to report positive results.

David Tarantino, an analyst with Baird Equity Research, said in a note to investors that Dunkin’s fourth-quarter same-store sales were “slightly better than recent expectations.” Dunkin' Donuts’ domestic same-store sales increased 1.6 percent for 2014, an increase from guidance of 1.4 percent offered in December.

Dunkin’ said it expected 2015 same-store sales growth at its Dunkin’ Donuts and Baskin-Robbins units to range between 1 percent and 3 percent.

In 2015, the company expects to open between 410 and 440 Dunkin' Donuts restaurants and between five to 10 net new Baskin-Robbins locations.

Chuy’s said it expected to release full financial results for the fourth quarter and fiscal 2014 in early March.

Kona Grill, a 30-unit American grill and sushi bar, said same-store sales in its fourth quarter ended Dec. 31 rose about 3.1 percent, compared with a 3.5-percent increase in the same quarter a year ago.

The company also reported that preliminary restaurant sales increased in the fourth quarter to $31.5 million, about 29-percent more than $24.5 million in the same quarter of last year.

The fiscal-year increase was driven by same-store sales of 3.8 percent and incremental sales from the opening of seven new Kona Grill restaurants since October 2013, the company said. Three of those units opened in the fourth quarter.

Kona Grill has restaurants in 19 states.