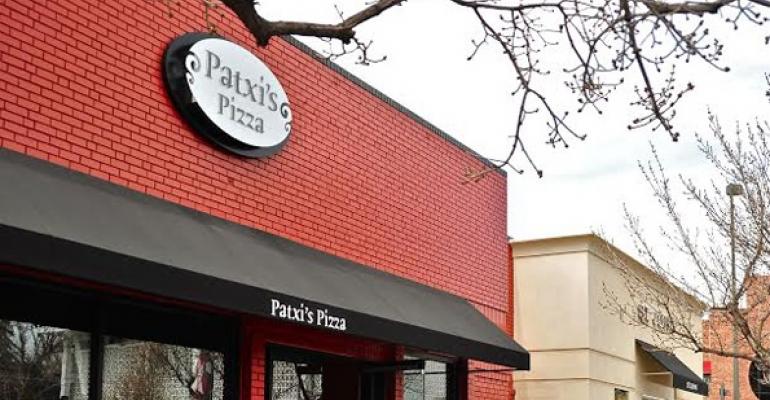 The Patxi’s Pizza chain is ramping up growth and testing new ovens that will help the full-service, deep-dish concept compete with the growing crop of fast-casual pizza players.

Terms of the deal were not disclosed, but Bill Freeman, Patxi’s chief executive, said the growth capital will help support the 12-unit chain’s planned expansion.

The chain plans to open four more units in 2014 and another five to eight units in 2015. The goal is to reach 70-plus units within five years, Freeman said. All units will be company owned, and the chain has no plans to franchise.

More recently, Patxi’s has been perfecting a thin-crust addition to the menu. The chain is testing and likely to roll out new electric 800-degree ovens, made specifically for thin-crust pies, that allow the chef to dial in the ideal cooking temperature for the top and bottom of the pizza.

Thin-crust pizzas will bake in about 2.5 minutes in the new ovens versus roughly 10 minutes in the chain’s existing ovens designed for the original signature deep dish. That means guests will be able to order a custom pizza that can be served at a speed that would be more conducive to lunch. It also means that Patxi’s will be able to compete more directly with rapidly growing fast-casual pizza players like MOD Pizza, Blaze Fast Fire’d Pizza and PizzaRev.

“We can bake a pizza just as quickly as they can,” noted Freeman.

Unlike the fast-casual pizza chains, however, Patxi’s does about half of its business in dine-out and delivery orders. Patxi’s also has a full bar with about 20 beers on tap.

The average check is about $35, and average unit volumes top $2.5 million in restaurants that are typically between 3,000 and 4,000 square feet, said Freeman. The chain has recorded same-store sales increases of 15 percent or more over the past five years.

“Overall, the quality of our food is what differentiates us,” he said. “But people also see us as a great value. You feel like you had a $70 experience for $30.”

Freeman said the partnership with KarpReilly is a good fit for Patxi’s.

As a result of the deal, Russ Bendel, Habit Burger’s chief executive and an industry veteran, has joined Patxi’s board of directors, Freeman said.