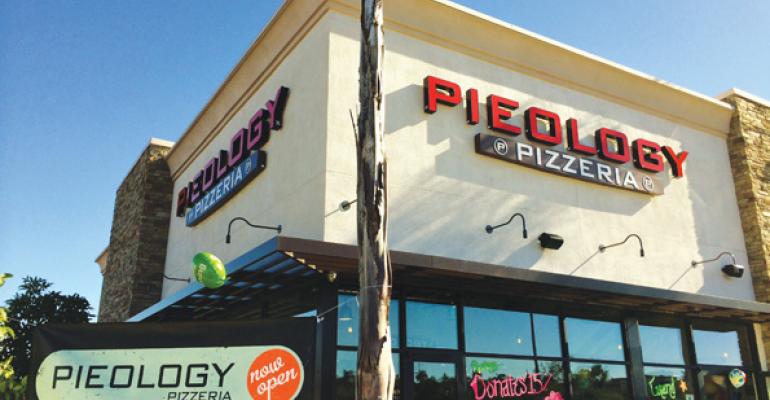 The rapidly growing Pieology Pizzeria has received a strategic investment from the founders of Panda Restaurant Group, parent of the Panda Express chain, the pizza chain announced on Tuesday.

Terms of the deal were not released and Pieology officials did not characterize the investment. But the move will give the growing fast-casual pizza chain access to Rosemead, Calif.-based Panda Restaurant Group’s vast resources, from real estate to vendor relations and buying power, the company said.

Rancho Santa Margarita, Calif.-based Pieology is one of the largest fast-casual pizza concepts that have been expanding rapidly in recent years. Founded in 2011 by Carl Chang, Pieology has about 80 units and is a leader in the category, along with more than 100-unit Blaze Pizza, 92-unit MOD Pizza, and more than 80-unit Pie Five Pizza Co.

“We are humbled by Andrew and Peggy’s trust in Pieology as a leader in the fast casual custom pizza category, and we are truly honored to be partnering with the Cherng family, for whom I have tremendous respect,” said Chang, in a statement.

“The Cherng’s generosity in allowing us access to PRG’s valuable resources provides our organization and our franchise partners with unparalleled strategic advantages on so many levels, as Pieology continues to expand across the nation. I am beyond excited about our future.”

In addition to build-your-own and signature pizzas, baked in a stone oven in about three minutes, Pieology this year is rolling out a new custom salad program, expected to be in all units nationally by the end of the year.

Peggy Cherng said in a statement, “Andrew and I are proud to support Pieology in its growth as a leader in the fast-casual category. We appreciate aligning with organizations whose mission and values reflect our commitment to quality and people development.”

UPDATE: Jan. 19, 2015 This story has been updated to reflect that it is the co-CEOs at Panda Restaurant Group that made the investment and other information about the founding and leadership of Panda Express.