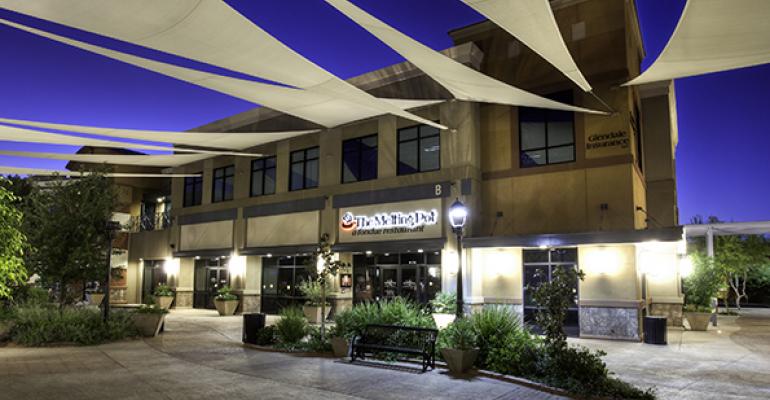 Loans to help general managers buy their own locations

The Melting Pot has developed a solution to the common problem of franchisee retirements: Put up nearly all the money to help general managers purchase those locations.

The 132-unit Tampa, Fla.-based fondue chain intends to give franchisees a larger pool of potential buyers for their locations through its Path to Grow program, in which the company will put up as much as 95 percent of the cost of buying that location.

The Melting Pot also hopes the program will entice buyers to reopen recently closed restaurants in Memphis and Chattanooga, Tenn.

“The idea is we can take operators that have experience in running restaurants and are great at operations, but who are missing that financial piece,” said Dan Stone, vice president of franchise development for The Melting Pot, which is owned by Front Burner Brands. “We’ve come up with a way to cast a wider net and get experienced operators into the system.”

The partnership company that runs the restaurant will repay the loan. Once the loan is paid off, the operator will then be able to buy out The Melting Pot’s 51-percent ownership by simply repaying the amount the franchisor paid in the cash contribution. For instance, if The Melting Pot put up $25,000 in cash for the location, the operator would only have to repay $25,000.

In addition, Stone said, if the location’s sales increase over the three years, The Melting Pot will take some of that sales increase and write down the cost of the cash contribution, reducing the amount the operator would have to repay to buy out the partnership.

“It’s not our intention to have these restaurants long term,” Stone said. “We are doing this as a platform for operators to have a path to grow and become a franchisee and become their own boss. This enables them to take the next step they wouldn’t otherwise be able to do.”

The acquisition cost of an existing restaurant can vary greatly by location, based on the unit’s cash flow.

Lending programs aren’t uncommon in the franchise business model. They became more common in the aftermath of the recession, when financing markets froze.

But The Melting Pot’s program is unique because it is almost entirely geared at franchise transfers, or sales of franchise locations from one operator to another. Operators building a new location from the ground up have to go through traditional financing sources.

That could help the brand address an expected wave of retirements in the coming years. The Melting Pot is a 40-year-old brand, and many of its operators started their business in the 1980s and are considering retirement. Many might not have children who want to be in the business.

Retirement is affecting many franchise systems, fueling consolidation in the business model, but few companies have started loan programs to facilitate such transfers.

“Many of our franchisees have been in the system for a long time,” Stone said. “Some are reaching the next chapter in their life. They’re ready to retire and do something different. This opens up a new host of opportunities for some franchisees. Now they’re not just limited to people flush with cash.”

The Melting Pot is limited in who can buy its locations because the business uses an owner-operator model. Its franchisees typically own one or two units at most, and are encouraged to actively manage their business.

“Our business works best when we have operators that are engaged in the business and are not passive investors,” Stone said.

The company sees the financing program as a way to lure general managers from other concepts that might be looking to own a restaurant. But it could also give Melting Pot general managers a way into ownership themselves.

“We’ve got great managers throughout the system,” Stone said. “The reality is, if we can’t provide a growth vehicle for them, some could go elsewhere. This will keep them in the system. Even if that means a location is losing a seasoned GM, most franchisees would rather lose them within the system and see them grow than see them go off to another concept altogether.”

The Melting Pot also believes the program could inject some energy into locations that are not performing up to par. The two locations in Tennessee are prime examples. Stone said both the Chattanooga and Memphis locations were viable and could work with the right operator.

But some existing units could use a boost, too, he said, including some locations operated by multi-unit franchisees that are operating those units from a distance.

“We know there are some locations out there that are not reaching their potential from a sales volume standpoint,” Stone said. “We see this as an opportunity for some of our locations to actually reach their potential with some renewed focus and energy.”