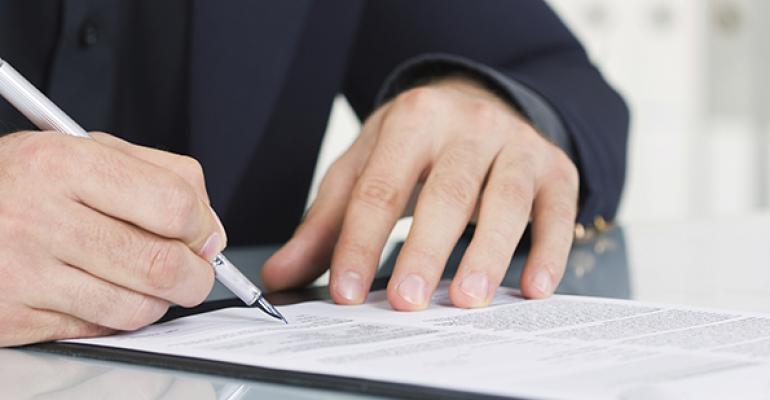 General Electric Co. said Friday it plans to sell much of its finance unit, including the corporate finance division that oversees one of the largest lenders in the restaurant business.

The Connecticut-based company said it plans to create a “simpler, more valuable company by reducing the size of its financial businesses through the sale of most GE Capital assets.”

Such a sale is expected to include GE Capital, Franchise Finance, the Scottsdale, Ariz.-based division that has more than $6 billion in assets, and finances more than 2,000 customers and 14,000 properties. Recent restaurant deals from GE Capital include $51 million in financing to Giordano’s, $12 million in financing to operator RJC LLC for an acquisition of 26 Denny’s units and a $45 million credit facility to McAlister’s Deli franchisee The Saxton Group.

The sale comes at a time in which overall lending to restaurants is highly competitive, as more than a dozen lenders compete nationally to make loans to restaurant brands and multi-unit franchisees. Those lenders include Wells Fargo, Bank of America Merrill Lynch, CIT Group and others.

“On Friday, April 10, GE announced that it will reduce the size of GE Capital through the sale of most GE Capital assets and focus on continued investment and growth in its industrial and manufacturing businesses,” Shannon Tolbert, GE Capital, Franchise Finance chief marketing officer, said in an emailed statement. “GE Capital, Franchise Finance is among the businesses targeted for disposition. However, we’re fully committed to serving our customers and we continue to value our long-standing customer relationships.

“This business is a market-leading franchise with talented professionals and valuable customer relationships,” the statement continued. “We anticipate being able to sell our business to buyers who are fully committed to and invested in the financial services industry and can offer a good environment for growth.”

GE said that it plans to sell most of GE Capital’s assets over the next 24 months, except for financing verticals that relate to GE’s industrial businesses, including the aviation, energy and healthcare equipment industries.

“The successful IPO of GE’s retail finance business, Synchrony Financial, and other recent business exits have demonstrated that our financial services assets can be more valuable to others,” GE Capital chairman and CEO Keith Sherin said in a statement.

The company would sell most of its commercial lending and leasing, as well as its real estate and its U.S. and international banking assets. Combined, these businesses represent roughly $200 billion in “ending net investment,” or the total capital invested in the financial services businesses.