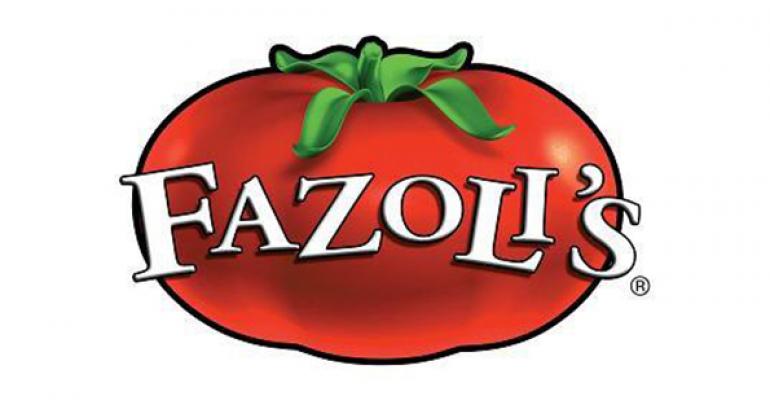 “Fazoli’s has consistently outperformed its competitors and will be a very strong addition to our restaurant portfolio,” John McCormack, a partner at Sentinel, said in a statement. “The business has demonstrated robust financial performance and recently built impressive momentum. Fazoli’s is positioned as ‘affordable fast casual’ and combines the strengths of the fast-casual, quick-service and full-service formats, which is a competitive differentiator and also provides resilience during economic downturns.”

Fazoli’s has 213 units, 124 of which are company owned, giving Sentinel the company’s biggest fast-casual Italian brand.

Lexington, Ky.-based Fazoli’s was founded in 1998. Private-equity group Sun Capital bought the chain in 2006, when it had 319 units. The company struggled, and in 2008 named Carl Howard CEO. The chain closed units, overhauled its menu and developed a new prototype. It also improved service, streamlined operations and refined marketing.

The efforts stabilized the brand and have led to a string of sales growth. Same-store sales have increased for much of the past four years. In January, same-store sales rose 13.6 percent. Sun Capital put the brand up for sale last year, after eight years of ownership.

“Fazoli’s strong performance is a testament to the combined impact of Sun Capital’s deep restaurant expertise and a world-class management team can have in transforming potential into sustained results,” Marc Leder, co-CEO at Sun Capital, said in a statement. “We firmly believe Fazoli’s is well positioned to achieve continued success under its new owner.”

Private-equity group Sentinel’s restaurant portfolio now makes it among the biggest restaurant owners in the country. Its chains have more than 2,300 total units and systemwide sales of nearly $4 billion. Sentinel also owns Huddle House, and has investments in several large-scale franchisees.

“Our new partnership with Sentinel is an exciting move for us, and we plan to benefit from their deep investment experience in the restaurant sector,” Fazoli’s CEO Howard said in a statement. “We have been engaged in a very exciting and successful period of investment, innovation and growth during which we sharpened the focus of our brand strategy, optimized and upgraded our menu and expanded our geographic profile.”