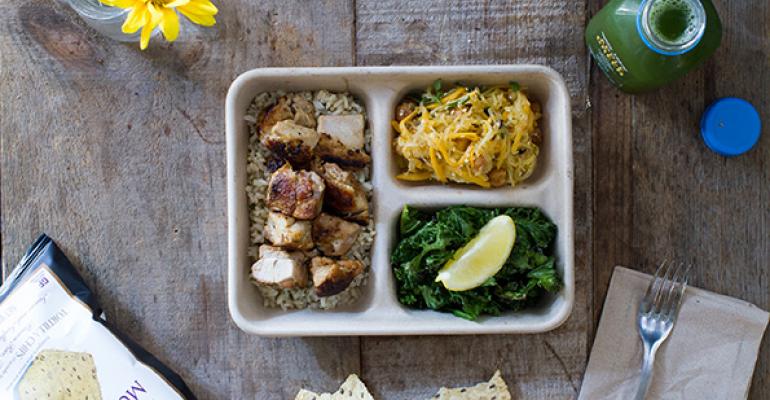 Fast-casual chain plans to expand outside of New York

Fast-casual concept Dig Inn has raised $15 million in financing from a group of investors, and plans to use the funds to expand outside its New York City base and explore using more technology in its restaurants, the operator said Tuesday.

This is the third and largest round of funding for the three-year-old, farm-to-counter concept, which has raised $21.5 million to date.

The funding is the latest in a series of investment deals for smaller, growing chains, especially fast-casual concepts that specialize in freshly made food with seasonal menus. Sweetgreen received an $18.5 million investment last year, and Los Angeles-based Lemonade received a capital injection from the private equity group KKR.

“We wanted to develop a restaurant business that serves high quality food, freshly prepared,” said Dig Inn founder Adam Eskin. “We wanted to do it in a way that’s accessible in terms of format, speed and price point.”

The chain was founded in September 2011 with five units, after Eskin took over a failing five-unit concept. All 10 of its locations are currently in Manhattan, but the company plans to use the funds to expand outside the borough, and also into another urban market, likely Boston.

Dig Inn plans to add at least five units this year. The first of those is expected to open early this year in the Flatiron District in New York.

Eskin also said the company plans to build its infrastructure and team to support further growth. And, he said, some of the funding will be used to develop technology solutions in the back-of-the-house to help with operations. The company also wants to see how technology could help it add delivery.

Eskin had worked for private equity firms on Wall Street for years before he saw an opportunity in an evolving food industry, with consumers more concerned about “culinary culture,” where food comes from and how it’s prepared.

The chain’s menu is driven by the availability of the food along the East Coast, and consists of what Eskin calls “simple recipes” with an emphasis on quality, freshness and, in particular, transparency.

“Transparency is critical,” he said. “We try to be transparent with customers on why we are making the right decisions.”

Eskin said that much of what the chain serves every day is hot vegetables, which is unique to the restaurant business. That includes roasted sweet potatoes, roasted beets and sautéed Brussels sprouts.

“We’re in the vegetable business, not just the salad business,” he said. “We’re known more for our hot stuff. You see the line at the door, get through that line in under 10 minutes and pay plus or minus $10 and get a meal made from scratch.”