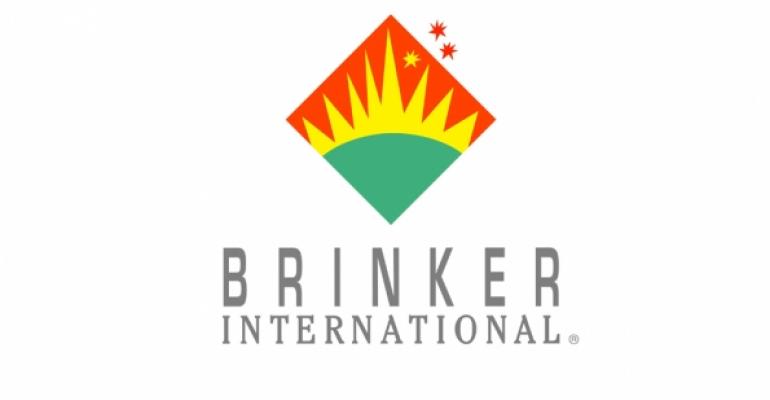 During a conference call with investors last week Brinker International Inc. executives said they see casual dining as “a fairly lethargic category” in an economy that isn’t as good as they had hoped it would be.

“While we remain optimistic that the back half of the calendar year will contain improvements in key metrics like consumer confidence and employment, the restaurant industry isn't recovering as fast as we had hoped,” said Wyman T. Roberts, Brinker’s chief executive and president.

But Brinker’s fiscal first quarter, the calendar third quarter, is anticipated to be “the low point of the year,” said Guy J. Constant, the Dallas-based company’s chief financial officer. However, he noted, “While we're not jumping for joy and thinking that things are great now, there are certainly some signs that it could get better.”

The Chili’s chain has avoided deep discounting and emphasized its new flatbread and pizza platforms, made possible with new kitchen equipment that was rolled out throughout the system in the past year.

The three new flatbreads introduced in May — a California Chicken, a Margherita and a Chipotle Chicken — helped drive business and curb costs, Roberts said. They are at about 10 percent of the mix, as anticipated, he added.

“Through favorable cost of sales, they've set into our margin improvements, further strengthening our business model,” he said. “A guest experience survey showed this product is delighting our guests, as satisfaction scores on checks containing flatbreads are significantly higher than the rest of our menu.”

Executives also said they are seeing positive results in alcohol sales over the past 18 months, especially with craft beer offerings at Chili’s and nine-ounce pour options at Maggiano’s.

Stock analysts have been pleased with Brinker’s ability, especially at the Chili’s brand, to reduce food and labor costs with new kitchens. “We acknowledge that cost efficiencies at the restaurant level are working,” analysts at Piper Jaffray & Co. said in a note to investors.

Stephen Anderson, senior analyst at Miller Tabak + Co. LLC, said Brinker showed “stringent cost controls” and added that he believes Chili’s “will return to outperforming its peers on same-restaurant sales as we regard it as a value destination with the midscale bar-and-grill segment.”

In the Chili’s system, Constant said Brinker plans to spend $20 million to replace fryers in the units and expects to have that done by the end of the calendar year. “Based on tests, we think we'll see returns in the form of oil savings that will show up on our cost of sales line, but it will be similar to the kind of returns we saw with the previous implementation [of] kitchen equipment at the Chili's restaurant,” he said.

Later this year Brinker will open in Annapolis, Md., a new Maggiano’s, which is a smaller prototype unit which the executives said was “a substantially lower investment model.”