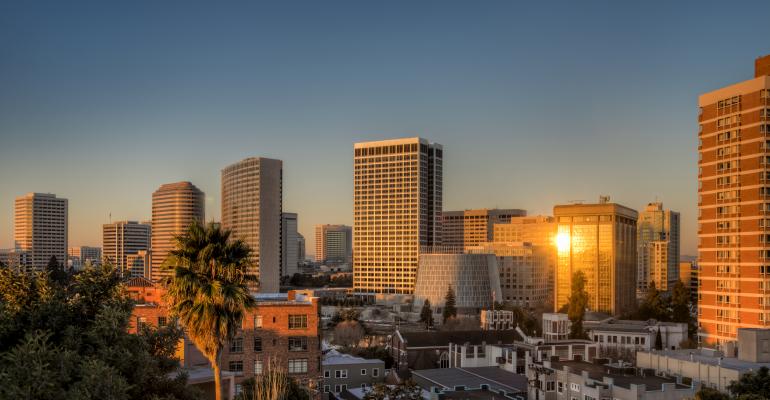 Regional stay-at-home order in California means restaurants must revert back to delivery, takeout

Gov. Gavin Newsom issued a stay-at-home order Thursday for certain regions with high hospitalization rates; dine-in at restaurants in those jurisdictions will not be allowed for three weeks; regions impacted include Southern California and Northern California

The governor of California, where 52 of the state’s 58 counties are subject to the most restrictive COVID-19 safety protocols, issued a stay-at-home order Thursday for certain regions with high hospitalization rates, which will effectively end dine-in at thousands of restaurants in those jurisdictions for the next three weeks.

Gov. Gavin Newsom said regions where ICU availability falls below 15% will be under a mandated stay-at-home order for three weeks. The first regions targeted in this order were identified as Southern California, the greater Sacramento area, Northern California, and the San Joaquin Valley. The Bay Area's ICU rate is expected to fall below 15% in mid-December, the governor said.

According to the order, made during a press conference held Thursday, bars, wineries, personal services, hair salons and barbershops must temporarily close in the impacted regions. Restaurants in these regions will only be allowed to serve customers via takeout or delivery, essentially rolling back to off-premise operations that occurred during the onset of the pandemic this past spring.

“I deeply empathize for the stress and struggles our restaurants have had,” Newsom, left, said in announcing the order.

The regional stay-at-home order will go into effect within 48 hours in regions with less than 15% ICU availability.

"It prohibits private gatherings of any size, closes sector operations except for critical infrastructure and retail, and requires 100% masking and physical distancing in all others," the state said.

It's unclear to restaurant operators like Wil Dee, who owns Haven Craft Kitchen+Bar in Orange, Calif., when outdoor dining will have to be completely shutdown.

For Dee, who also owns a bottle shop and brewery in Orange County, the latest stay-at-home order is another blow by the state. It follows a 10 p.m. to 5 a.m curfew that Newsom ordered for most of the state before Thanksgiving. That order resulted in fewer table turns toward the end of the evening, which is crucial for any full service restaurant.

Dee said taking away outdoor dining is beyond frustrating especially because there's no evidence to prove that dining outdoors contributes to a rise in COVID-19 cases.

Dee's restaurant, which specializes in craft cocktails and beer, is in Old Towne Orange. Back in July, city officials closed a portion of the historic downtown to allow independent restaurants to expand al fresco seating in the street. The pedestrian "paseo" has allowed Haven to operate at about 75% of normal capacity.

Now, that's being taken away.

"You’re not giving us a fighting chance," Dee said.

After Newsom's conference, he told his staff of 80 employees that he might not be able guarantee shifts for them in the coming weeks.

“I feel like the Grinch that is about to steal Christmas," he said.

When the stay-at-home order is officially issued in a region, it will remain in effect for at least three weeks. It will be lifted when a region’s projected ICU availability meets or exceeds 15%, thet state said.

Newsom said he expects a "surge on top of a surge" as the state has yet to see the impact of gatherings made over Thanksgiving.

Here are the counties within each region. Newsom said four out of five of these regions are projected to reach the regional stay-at-home requirement in the next day or two.

Los Angeles, the state’s and country’s most populous county, is already under targeted stay-at-home order.

Late Wednesday, Los Angeles Mayor Eric Garcetti said all city residents must stay at home and all businesses must cease operations that require in-person attendance by workers at a workplace, according to the order.

This is a developing story. Stay tuned for updates