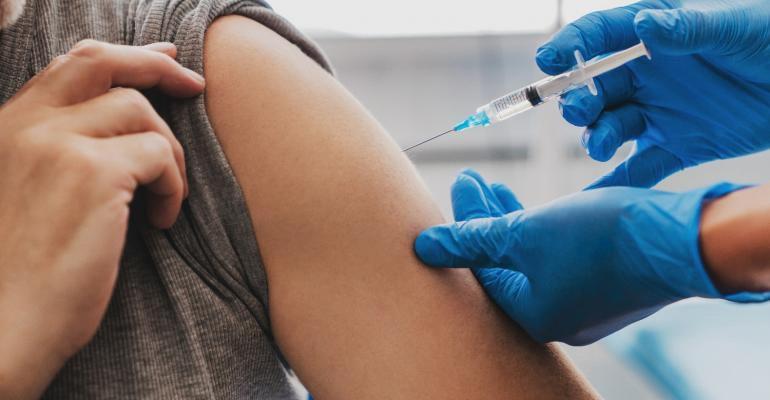 Following a wave of lawsuits against the OSHA mandate, the Sixth Circuit Court of Appeals lifted a temporary stay on the employee vaccination mandates

President Biden’s Occupational Safety and Health Administration (OSHA) vaccine mandate for employees of businesses with more than 100 workers is back on after the U.S. Sixth Circuit Court of Appeals lifted a temporary stay Friday from a November ruling by a federal judge in another court. Opponents of the mandate are now turning to the Supreme Court for the final ruling.

“We will go immediately to the Supreme Court — the highest court in the land — to fight this unconstitutional and illegal mandate,” South Carolina attorney general Alan Wilson said in a Twitter statement, noting that he filed a motion with the Supreme Court on Dec. 18, and is one of several to do so. “The law must be followed, and federal abuse of power stopped.”

The final rule for the Emergency Temporary Standard (ETS) was published in November and requires companies that fall under OSHA guidance with 100 or more employees to mandate that employees send proof of COVID-19 vaccination to their employers. Any unvaccinated workers would be required to test weekly (possibly at their own expense) and to notify their employer immediately if they ever test positive for COVID-19.

As previously reported by NRN, the U.S. Court of Appeals for the Fifth Circuit in New Orleans granted a motion on Nov. 12, ordering OSHA to “take no steps to implement or enforce the ETS,” which was expected to go into effect in January. The wave of lawsuits challenging the mandate from attorneys general and lawmakers around the country was consolidated and decided in what is known as a “ping pong ball lottery” in this latest court of appeals decision.

"The Sixth Circuit opinion sets-up a showdown at the U.S. Supreme Court, and definitely moves the odds in favor of the OSHA ETS prevailing at the end of the day," Keith Wilkes, a labor attorney with national law firm Hall Estill said in a statement, noting that the 2-1 opinion does not follow party lines. “Unprepared covered employers have a daunting task ahead to meet the new first of two compliance deadlines announced by OSHA. The laundry list of tasks must be satisfied by January 10 or face OSHA penalties of up to $13,653 for each violation and up to $136,532 for each willful violation.”

On Friday, the Biden Administration made it clear that the current spike in COVID-19 cases due to the Omicron variant has made it even more prudent for the mandates to go into effect.

“Especially as the U.S. faces the highly transmissible Omicron variant, it’s critical we move forward with vaccination requirements and protections for workers with the urgency needed in this moment,” the White House said in a statement.

Businesses continue to try to keep up with the ever-changing mandates, both at the federal and local levels. According to the New York Times, since the legal challenges have taken place so close to the Jan. 4 enforcement deadline, that deadline has now been moved to Feb. 9, which gives the highest court in the land several weeks to decide the case.