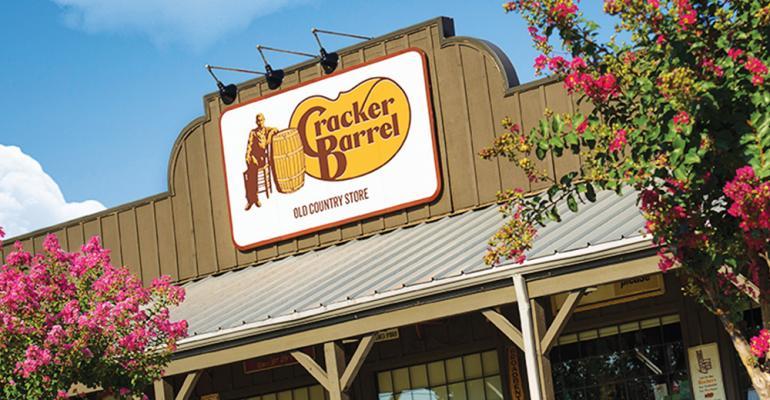 Although corporate support of the LGBTQ community might have been a risky marketing strategy a decade ago, now major brands that do not acknowledge Pride Month in June look more conspicuous than those that do. This poses a conundrum for corporations with roots in socially conservative values and with a decidedly conservative-leaning customer base.

Related: Politics v. hospitality: Where do you draw the line?

As expected, brands with links to socially conservative causes, including Waffle House, Chick-fil-A and Cracker Barrel did not promote a Pride-themed marketing campaign or limited-time offers. But the Lebanon, Tenn.-based Cracker Barrel, which had developed a reputation as the chain of choice for conservative-leaning Middle America, made headlines last week for barring an anti-gay Tennessee pastor from holding an event at one of the brand’s restaurants.

Grayson Fritts, a pastor at the All Scripture Baptist Church in Knoxville, Tenn., who had previously called members of LGBTQ community “freaks” who are “worthy of death,” had scheduled a gathering with his congregation at a Cracker Barrel. But when the Tennessee Democratic Party caught wind of this event, the organization sent a letter to Cracker Barrel CEO Sandra Cochran and urged the company to intervene.

In response, Cracker Barrel released a statement on June 18 that said it disagreed with the group’s “statements of hate and divisiveness” and clarified that the church group would not be allowed to congregate at the restaurant.

We work hard every day to foster a culture that is welcoming and inclusive. Please see our full statement below. pic.twitter.com/1bpsJ0YmCn

“We have a zero-tolerance policy for discriminatory treatment or harassment of any sort,” a Cracker Barrel representative told Nation’s Restaurant News. “We take pride in serving as a home away from home for all guests and in showing our communities and our country that the hospitality we practice is open to everyone.”

Fred LeFranc of the Results Thru Strategy consultancy said, “I think [Cracker Barrel] probably thought, ‘We don’t want our employees to be exposed to this kind of extremism,’ and, like anyone, they have the right to refuse service to anyone.

“They did not have to even give an explanation, but they did,” LeFranc said. “I think in general, that companies should have open communication and find out what kinds of events they’re hosting before they are even booked. Sensitivity and awareness training go a long way, but there’s no way to put a guardrail 100% around this kind of situation.”

Cracker Barrel’s stance against Fritts and his viewpoints made waves on social media, in part because the company has had a fraught relationship with minority groups in the past.

In 1991, the company implemented a controversial policy of firing gay employees, citing “traditional American values” as the reason behind the policy. After outrage ensued from civil rights activists, the company walked back its policy, saying that “it only makes good business sense” to continue to employ people of all orientations, despite their personal views and “values.”

By 2008, the company’s internal policies had not improved much. According to the Human Rights Campaign’s Corporate Equality Index — a report card that measures LGBTQ rights in major corporations across America — Cracker Barrel received a score of 15 out of 100 for failing to provide diversity training, offering domestic partner health insurance and several more criteria.

Eleven year later, after implementing and updating internal anti-discrimination policies, Cracker Barrel improved its score more than five-fold. In 2019, The HRC Corporate Equality Index scored Cracker Barrel with 80 out of 100, higher than Chipotle Mexican Grill Inc.’s score of 70, a company that is often considered a more progressive brand. 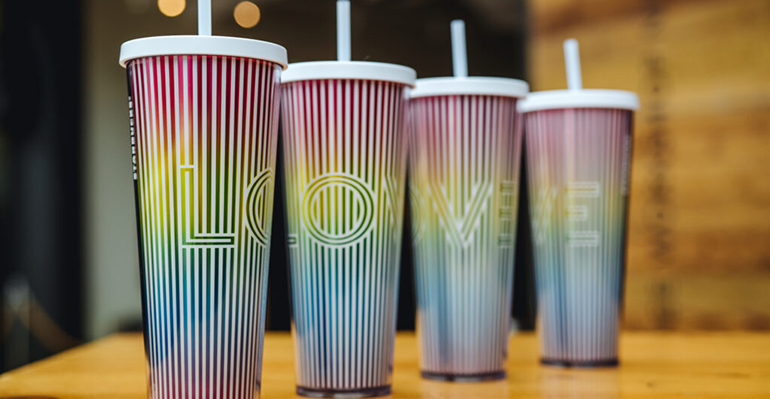 Much of the company’s about-face in fairness and equality has been attributed to Cochran, who was appointed CEO in 2011. Each restaurant now displays anti-discrimination signs and the Cracker Barrel was also named LGBTQ Employee Resource Group of the Year in 2018 by workplace advocacy group Out & Equal.

“Our brand is about coming home to a simpler time and place, but our business can’t be immune to a changing world,” a Cracker Barrel representative said. “We strive to strike a thoughtful balance between preserving all the little things that make us special while making changes that tomorrow’s guests will expect. … Cracker Barrel is committed to being an inclusive company. We respect all individuals regardless of who they are or what they believe, and we require the same mutual respect amongst our guests, employees and vendors.”

A representative for Cracker Barrel said that the company is also an active member of the Nashville LGBT Chamber of Commerce and participates every year in the city’s Nashville Pride Festival.

Cracker Barrel is not the only socially conservative restaurant brand that has worked to strike a balance between espousing a traditional aesthetic while also keeping up changes in social norms. 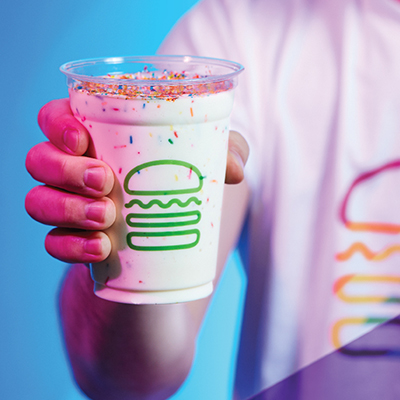 As for why they have never pursued a Pride Month promotion or LTO, Warner said, “We try to be inclusive 24/7, 365 days a year,” he said. “Anyone who eats with us knows how diverse we are on both sides of the counter. That’s the core of our culture.”

Despite its internal policies, Waffle House has been at the center of bias claims. In May 2018, a customer accused a North Carolina Waffle House employee of using homophobic slurs against him, and the customer was later choked by a police officer who was called to the restaurant in response to the civil disturbance.

A Waffle House representative said that customer later dropped the allegations of gay slurs against the Waffle House employee.

“If something is alleged, we will quickly look into it and get all the facts as quickly as possible and then we can move forward and work through the situation,” Warner said. “We have 45,000 associates and we are always trying to get better at that customer transaction. That’s our main focus.”

Although Waffle House and Cracker Barrel are usually associated with Southern traditions, Chick-fil-A may be the most widely known socially conservative restaurant brand, and one that still remains closed on Sunday. In the past, the fried chicken company’s president and CEO, Dan Cathy, made no secret of his beliefs surrounding LGBTQ rights, famously saying in 2012 that he was “guilty as charged” of supporting the “traditional” definition of marriage between a man and a woman.”

That same year, Chick-fil-A donated nearly $30,000 to former Republican presidential candidate Mitt Romney, who declined to support the legalization of gay marriage, though publicly the company said that it would “leave the policy debate over same-sex marriage to the government.”

Since then, Chick-fil-A has been the subject of many progressive-minded protests and boycotts. Earlier this year, ThinkProgress found that Chick-fil-A had donated nearly $1.8 million to anti-LGBTQ groups in 2017 including the Fellowship of Christian Athletes, according to the company’s tax filings, even though the company had alleged that donations to the socio-politically controversial organizations would stop in 2016.

"We want to make it clear that our sole focus is on providing delicious food and welcoming everyone — not being a part of a national political conversation," Chick-fil-A said in a statement responding to the ThinkProgress story. "We do not have a political or social agenda. More than 145,000 people from different backgrounds and beliefs represent the Chick-fil-A brand. We embrace all people, regardless of religion, race, gender, ethnicity, sexual orientation or gender identity.”

In March and April, the chicken brand was barred from opening locations at public airports in San Antonio, Texas, and Buffalo, N.Y. These airport bans led to the so-called “Chick-fil-A bill,” which the Texas governor signed into law in mid-June and prohibits local governments from taking “adverse action” against individuals or businesses based on religious affiliations or support.

With its strong socially conservative foundation, the company never outwardly expressed support of the LGBTQ community during Pride Month, a decision that has not gone unnoticed by the company’s fans and critics.

“You’re damned if you do and damned if you don’t,” consultant LeFranc said. “If you silently choose to not participate, that becomes a statement in and of itself. If you look at these companies, they are in areas of the country that would not be comfortable with that type of support […] They say, ‘these are our values, we don’t have to support this.’ And that’s their choice, yes, but [it might be] too polarizing in today’s world.”