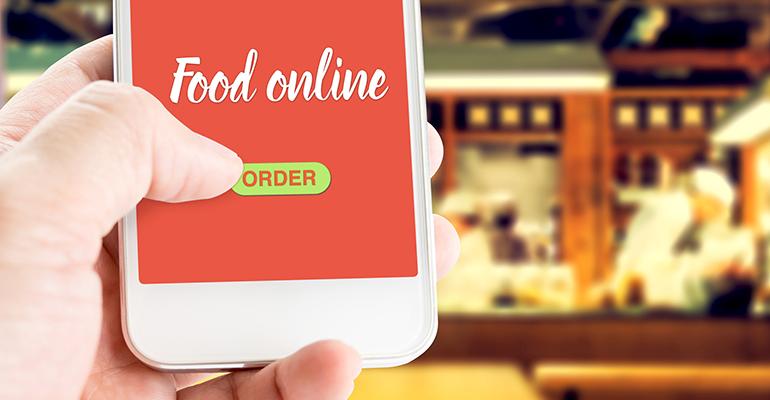 Consumers have become accustomed to the convenience, speed and concierge-like service that digital technologies afford, especially the ability to order just about anything from their computer or smartphone and have their purchases delivered within days, even hours.

More restaurant operators are hoping to get in on it.

As operators roll out new technologies in the hopes of being as successful as early app-dopters like Starbucks and Dunkin’ Donuts, it’s critical that they understand what consumers want from mobile apps and other digital technologies, according to global market research firm The NPD Group.

According to NPD’s recent “Digital Evolution of Foodservice” report, the opportunity for digital technologies at restaurants is rapidly growing. In the year ended November 2017, 1.6 percent, or 960 million, restaurant visits were paid via mobile app, an increase of 50 percent over a year ago.

One of the top reasons consumers are using new technologies like mobile apps is so they can order, pay and have their food ready when they arrive, NPD’s report found.

Other reasons include the ability to earn rewards and loyalty points, receive specials and coupons, and look up menu items. Mobile apps have other capabilities that appeal to consumers, like remembering previous orders and suggesting add-ons or upsells.

Still, some customers aren’t on board with these digital technologies, NPD found.

In the year ended November 2017, two in five visits to restaurants were paid in cash. Of these digital non-users, 22 percent said they preferred to pay in cash, while 18 percent didn’t want to pay service fees, and 16 percent were worried about identity theft or credit card fraud.

As competition heats up, smaller chains are trying to leverage new technologies to compete with bigger operators. Executives from Los Angeles-based Klatch Coffee and Wall, N.J.-based Bubbakoo’s Burritos shared how they work to meet customer needs and boost the bottom line with mobile technologies.

Klatch Coffee, a four-unit, family-owned coffee chain whose tagline is “where coffee is the conversation,” was initially wary of offering a mobile app that reduces human contact.

“If we lose that, we lose some of that unique value proposition,” said Heather Perry, vice president of Klatch. “As we continue to grow, we want to still stand by our values.”

Despite the concerns, late last year Klatch, in partnership with a vendor that works with its POS provider, launched a mobile app that offers online ordering for pick-up, news and rewards points. Since launching, Klatch has racked up about 3,000 users.

“The way our customers have used [the app] has surprised us,” Perry said. “Instead of changing the in-store experience, the app has added a secondary experience.”

Customers aren’t necessarily taking their coffee and running, she said, but are taking advantage of the extra time to stay and chat, and even order additional items, such as the chain’s housemade baked goods. That has resulted in increased visit frequency and no loss in average check.

But Klatch hasn’t totally gone digital. To keep the coffee conversation going, the chain limits app usage to weekdays, and only at its three stores. The app isn’t available at its licensed airport location at LAX Terminal 7.

“Consumer needs continually evolve,” Perry said. “You have to evolve with them.”

Developing a mobile app for 19-unit Bubbakoo’s Burritos took some time, but it has already proven worth the effort: The company reported that 12 percent of business now comes from mobile orders.

“It’s the wave of the future,” said Paul Altero, co-founder of Bubbakoo’s. “People do like apps, love using their phones.”

In addition to allowing customers to use their phones to order food, Bubbakoo’s mobile app also enables order customization, promotions and specials, and push notifications. Altero said the app, developed by a third-party vendor with a monthly cost of $140 per location, was “economical, practical.”

“The thing I love about the app is that it prompts upselling,” Altero said. “We find average guest checks are 20 percent higher. [The app is] tied to their credit card. People just click away and don't think about the implications.”

The app also has benefits for internal operations, he said, including the ability to respond to customers with specific pickup times ranging from five to 45 minutes. This feature lets Bubbakoo’s deliver convenience to customers, but also eliminate wait times.

“Nobody wants to come in and the food’s not ready,” Altero said. “That would be bad.”