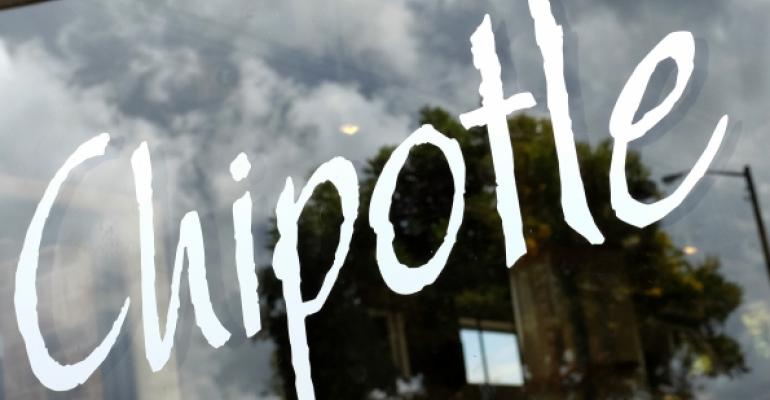 Brand gets lowest marks from consumers since 2007, according to YouGov BrandIndex

The closure of 43 Chipotle Mexican Grill restaurants in the Pacific Northwest following an E. coli outbreak led to a dramatic decline in the brand’s consumer perception, according to the latest YouGov BrandIndex survey.

To calculate the “buzz score,” BrandIndex asks thousands of consumers about hundreds of brands and asks them whether they have heard anything positive or negative about the brands through advertising, marketing or word of mouth over the previous two weeks. The score is calculated on a scale between negative 100 and positive 100.

Chipotle closed the 43 units voluntarily following an E. coli outbreak that sickened 42 customers at 11 locations. In the days before Halloween, 8 percent of surveyed consumers had a more positive view of Chipotle than negative, according to the company’s “buzz score.”

On Monday, according to YouGov, 19 percent of surveyed consumers had a more negative view.

Chipotle has since reopened the restaurants, but according to YouGov, purchase consideration at the chain has dropped.

At Halloween, 24 percent of adults said they would consider visiting Chipotle the next time they ate at a fast-casual restaurant, YouGov said. That has dropped to 19 percent. That was the lowest level of purchase consideration since January, when it was at 15 percent, after the chain cut ties with a pork supplier that didn’t meet its standards.

Chipotle recovered from that — its same-store sales that quarter were above 10 percent. But the survey demonstrates that the chain’s food safety scares could eat into its reputation, long built on its “Food With Integrity” slogan.

Chipotle’s sales have slowed considerably due in part to strong comparisons from the previous year. Same-store sales rose 2.6 percent in the third quarter ended Sept. 30.

The E. coli outbreak was the second food safety scare this year for the chain. Health officials in Minnesota in September linked a salmonella outbreak to Chipotle restaurants there.