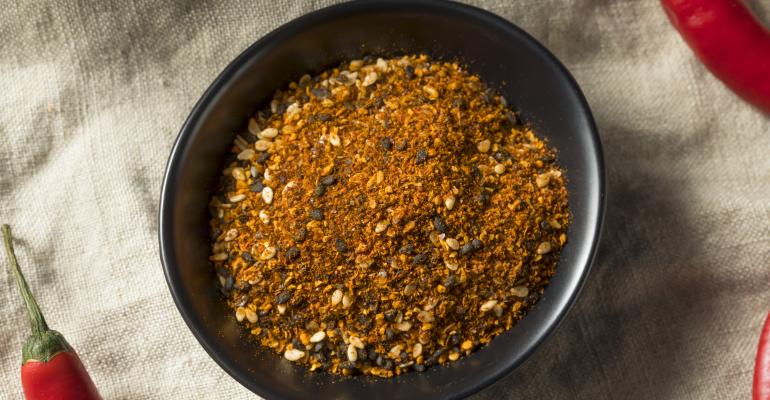 As consumers crave more spicy foods and global flavors, it’s only natural that blends like shichimi togarashi are growing on menus. True to its name, as “shichi” is the Japanese word for “seven,” this spice mixture has seven ingredients, which sometimes vary but generally include chile flake, Szechuan peppercorns (known as “sansho” in Japanese), nori seaweed, dried citrus peel, ginger, poppyseed, and sesame. The flavorful combination brings heat, umami, and added complexity to a range of dishes from soups and vegetables to fish. It can also be used to top salads and other appetizers and has been known to appear on the rims of cocktail glasses.

Market research firm Datassential reports that 15% of the population knows shichimi togarashi while only 7% have tried it. Awareness is highest among Asian and Gen Z consumers.

Click through the gallery to learn more about this Flavor of the Week and see how one restaurant is using shichimi togarashi on its menu.