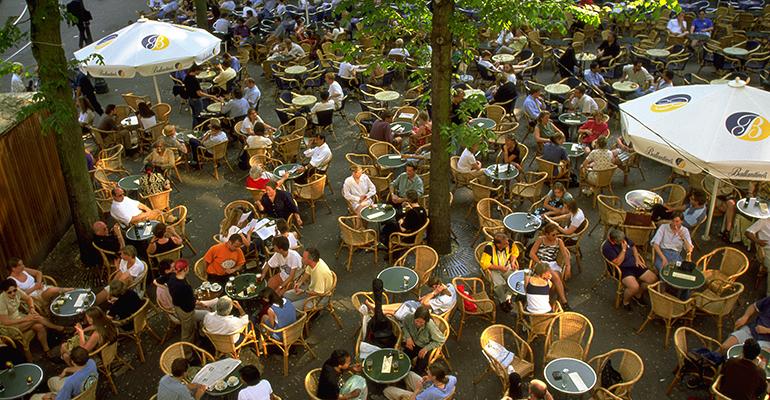 Walter Bibikow / Stone
The percentage of positive service-centric reviews has been higher than in 2019, but there was a small drop in positive sentiment in June
Consumer Trends

Black Box Financial Intelligence™ June results confirm that restaurant industry sales have recovered to pre-pandemic levels. Restaurants posted a fourth consecutive month of same-store sales growth, primarily fueled by unusually high check growth, and are performing much better than they were in 2019. But while sales are solid, the industry’s challenge is declining guest counts. Traffic results for June highlight the significant gap between current performance and full recovery.

Online guest sentiment regarding “food” is increasingly positive in 2021 compared to 2019. Since February, 50%+ of online posts are classified as positive. However, June did not follow this same trend and saw some erosion in positive sentiment for restaurant food. Perhaps understaffing is starting to create some friction when it comes to food execution.

“Service” is also following the same online trend. The percentage of positive service-centric reviews has been higher than in 2019, but there was a small drop in positive sentiment in June. This downward shift, albeit small, could be an early warning of things to come.

Service and ambiance are key to top results

There is a considerable gap between restaurants performing at the top and median companies. Top performers* achieved same-store sales growth that was an outstanding 16 percentage points better than the sales growth posted by the median performer in full service.

What does guest net sentiment** reveal about these top performers? What set them apart the most?  As guests returned to restaurants at a larger rate during Q2, hungry for the full restaurant experience, it is not surprising that top performers excelled by providing superior service. “Service” was the attribute of the restaurant experience with the biggest gap in net sentiment versus the full-service median.

The “ambiance” attribute drove the second-largest gap for top performers in full-service. “Ambiance” has grown in importance throughout the pandemic because of its connection to cleanliness, which translates to safety in the COVID era. In the pre-pandemic world, “ambiance” and “service” were the two attributes that separated full-service top performers apart from the rest. Guests seem to be placing their focus on the aspects of the restaurant experience they cared about the most before the pandemic; another sign of the industry returning to a more stable environment.

For limited-service restaurants, the gap in sales between top performing brands and the median performance is not as large. Both groups had strong positive sales growth on a 2-year basis, but top performers posted an additional 10 percentage points of same-store sales growth during the quarter. Additionally, the gaps in guest sentiment between the top performers and the median are not as large. In other words, most brands are performing strongly and guests are not describing as large of a difference in the experience they are receiving at these two levels of performance.

But even if the differences in net sentiment may be smaller, “food” was the attribute that drove the biggest gap in guest net sentiment during the quarter. Guests perceive food from those restaurants that have the best sales growth results a little better than for the median restaurant brand in limited-service.

Los Angeles was the major metropolitan area with the second highest “intent to return” sentiment, as well as the market with the highest guest sentiment based on restaurant “value.” On the other end of the spectrum, San Francisco continues to struggle after being one of the cities hit hardest by the pandemic. During June it was the market with the lowest guest sentiment based on restaurant “food”, “service” and “value.” It was also the major market with the lowest same-store sales growth during June and the lowest sales growth average over the last three months.