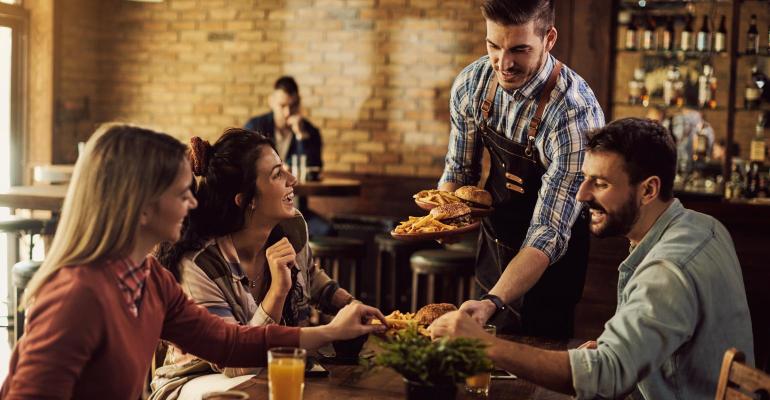 Restaurant traffic and sales are down, but demand for restaurant usage is steady, indicating that consumers may be tightening up their spending ahead of a potential slowdown.
Consumer Trends

New data shows that November and December sales declined in the restaurant space, while traffic in Q4 was also down by over 4% versus 2021.

New data from the National Restaurant Association shows that restaurant sales in December tapered off in December – to $88.3 billion – compared to November, which generated $89.2 billion. The association reports that October and November sales were $1.6 billion lower than preliminary numbers shared by the U.S. Census Bureau.

This drop is a bit of a shift from months prior when industry sales were largely lifted by higher menu prices. Adjusted for inflation, sales at eating and drinking establishments in December represented the lowest monthly volume since March. The shift may indicate that consumers have reached their pricing threshold as they continue to manage their own pressures.

Related: Want to be recession proof? Take care of your guests and employees first

Traffic also continues to decline across much of the industry. According to Revenue Management Solutions, November traffic at quick-service restaurants was down 3% compared to 2021, and down by 2.6% compared to October. Overall, traffic in the industry declined by 4.2% in Q4 compared to Q4 2021.

It’s likely Winter Storm Elliott dampened some sales and traffic across the industry late in Q4. The storm spread throughout much of the U.S. from Dec. 21 through Dec. 26 and included blizzard conditions and record cold temperatures while knocking out power in more than 6.3 million households.

But persistent inflation is also undoubtedly a factor causing some consumers to pull back on their discretionary spending. Although the Consumer Price Index in December cooled to 6.5%, menu prices remained stubbornly high in both the limited-service and full-service sectors. Limited-service prices were up 6.6% over December 2021, while full-service prices were up 8.2% year-over-year.

Despite sales and traffic declines, the National Restaurant Association notes that the downward trend was not driven by lack of demand, as 44% of adults say they’re not eating at restaurants as often as they would like. This is compared to 46% of adults who said the same in May 2022. Further, 36% of adults say they’re not ordering takeout or delivery as often as they would like, which is in line from other 2022 surveys.

Gift card performance was mixed during the last two months of the year, which also provides an important gauge for the industry as nearly half of all gift card sales occur during that timeframe and most redemptions happen in Q1, a historically slow time for restaurants. According to data from Toast, gift card purchases in December 2022 were up by about 210% compared to average monthly purchases for the rest of the year, for instance, while redemptions were 62% higher than average in January 2022 and 45% higher than average in February 2022.

Paytronix also cited the winter storm as a factor affecting sales on the “key shopping day” of Dec. 23. Additionally, inflation is – again – a culprit. Paytronix notes that $5 and $10 gift cards were more popular in 2019, representing 11.2% and 16.7% of gift cards sold that year, respectively. During 2022, however, the sales of those values of cards dropped by about 3% each.

Cumulatively, these numbers mean we’re likely starting to see signs of a bigger downturn, as predicted by most economists. The cutback in restaurant spending at the end of 2022 translated into other industries as well, for example, with retail sales slipping by 0.6% in December versus November, and down 0.5% in November versus October, according to the National Retail Federation. Overall, consumer spending in non-restaurant segments dropped by 2.3% between October and December, which more than doubled the 1% decline in foodservice sales during that same period.

This picture could become more ominous if the unemployment rate starts to rise from its current 3.5%. Restaurant spending tends to be the first line item cut when consumers start to rein in their expenses. According to Layoffs.fyi, over 37,500 tech employees have been laid off so far in 2023, while some restaurant companies are also starting to lay the foundation for a potential slowdown. McDonald’s, Wendy’s and Starbucks have all recently announced corporate restructuring plans, for instance, with McDonald’s noting it will evaluate roles and staffing levels by April 3.