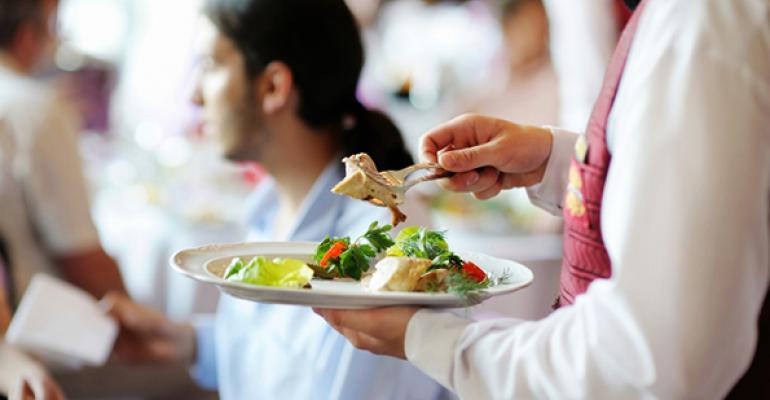 As the effect of severe winter weather subsided, restaurant sales rebounded in April, after lackluster performance in March.

Same-store sales rose 1.9 percent in April, a significant 1.1-percent improvement from the previous month, according to TDn2K’s Black Box Intelligence through The Restaurant Industry Snapshot for April, based on weekly sales from over 20,000 restaurant units representing $48 billion dollars in annual revenue. The industry has now experienced 10 consecutive months of positive same-store sales.

“As expected, the downturn in March seems to have been primarily weather related. April results confirmed that the underlying economic conditions and consumer optimism are relatively solid, and the restaurant industry’s positive sales momentum continues into the second quarter,” said Victor Fernandez, executive director of insights and knowledge for TDn2K. “We are currently in the strongest period of growth for chain restaurants since the recession. The only other comparable growth period has been the twenty consecutive months of positive sales growth ending in February 2012. However, that was as the industry was coming out of the highly depressed sales at the end of the recession, and the average same-store sales growth rate during those months was only 1.5 percent. As a comparison, the average year-over-year sales growth rate during the last 10 months has been a more impressive 2.2 percent.”

Although same-store traffic improved 0.9 percent from March’s results, the 1.5-percent decline in April indicates that declining guest counts continues to be the biggest challenge for the industry.

“Once the effects of winter are removed from the equation, it is clear that the industry is still having trouble retaining the frequency with which diners visit their establishments. Additionally, diners are spending their money on other food away from home options, such as independent restaurants, convenience stores, prepared foods from grocery stores, etc.,” Fernandez said. “What we have observed over the last three months is that diners are going out to eat less at chain restaurants, but every time they dine at one of these restaurants they are spending more than they were a year ago.”

Regarding job growth, the restaurant industry mirrored the slowdown in net job creation experienced by the overall national labor market during March. According to TDn2K’s People Report, restaurants added jobs at a pace of 1.9 percent year-over-year in March, a 1-percent drop from the growth reported for February.

This drop in job growth, despite the pressures of the tightening labor market, continues to affect the restaurant industry, which again experienced rising turnover levels for both managers and hourly employees during March. Manager 12-month rolling turnover has now increased in 11 of the past 12 months, while restaurant hourly employee turnover has risen steadily for the past 20 months.

Restaurant guest satisfaction, measured by TDn2K’s White Box Social Intelligence, reported that “food” continued to be the top attribute (out of “food,” “service” and “intent to return”) based on online mentions during April. However, the percentage of all mentions that were based on food dropped from 84 percent in March to 78 percent in April. The attribute that generated the greatest increase in percentage of mentions was “service,” which increased to 16 percent of all mentions (a 4-percent increase from the previous month). The percentage of online mentions based on service has now increased steadily over the last four months.

Full-service restaurants continue to dominate when it comes to percentage of positive mentions for these three attributes. The top-performing segment based on positive food mentions was Upscale Casual/Fine Dining. This segment was also the top performer for “intent to return” mentions for the second consecutive month. The industry segment with the highest percentage of positive service mentions was Casual Dining, which now has been the top segment during three of the last five months.