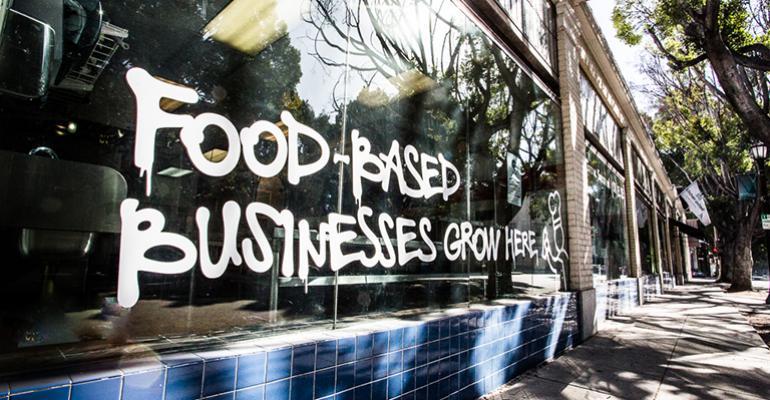 Redefining the restaurant of the future

What to expect in the next decade? Sleeker store designs, smarter kitchens and a lot more delivery disruption, NPD says

It’s too soon to say with any certainty exactly what the next decade holds for the traditional brick-and-mortar restaurant as more serve-yourself kiosks, delivery-only models and robot-staffed concepts continue to emerge. But one thing is certain, say futurists at The NPD Group: Over the next 10 years, the very definition of what makes a restaurant will change.

“We’re looking at undeniable trends that are measurable and then looking in a futurist lens to see where it’s going to take us,” said David Portalatin, vice president of foodservice for the Chicago-based market research firm. The NPD Group.

In response to consumers’ demand for menu flexibility and frictionless experiences coupled with the emergence of Gen Z, NPD forecasts that restaurant operators will optimize store counts, redesign front-of-the-house for new on-premise demand realities, redesign back-of-the-house for optimal efficiency of carryout and delivery, and evolve the very definition of a restaurant to include virtual kitchens and ghost restaurants.

“We have nowhere near the same number of brick-and-mortar electronics stores we did a decade ago,” said Portalatin. “Technology caused the electronics industry to rethink what is the purpose of this physical box. What do we want it to do?”

Though not a direct correlation, given that people eat more often than they shop for goods and food is perishable, Portalatin said, “we can kind of see what the future might look like in the restaurant space.”

“That has the potential to transform what the restaurant looks like,” said Portalatin. 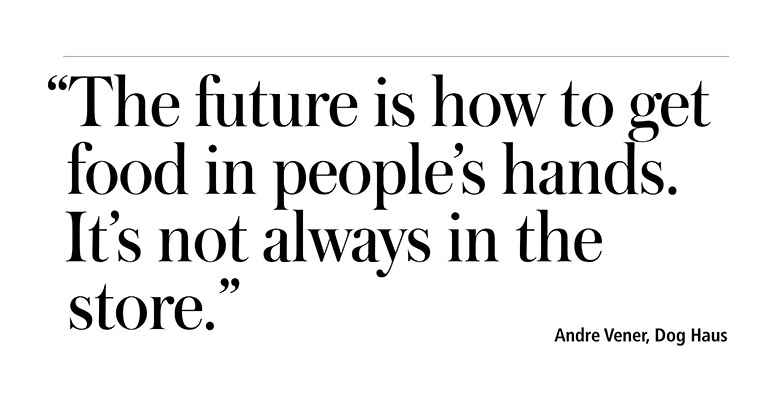 Off-premise restaurant sales also appear more insulated from consumer cutbacks. Per capita restaurant visits were down between 2014 and 2019 for all service, but the rate of decline was lower for off-premise occasions, 2.5% versus 8.5% for dine-in visits.

Indeed, a restaurant transformation is already taking place across the industry. Executives from Dog Haus, fast-casual hot dog concept, and Zume Pizza, a delivery-only concept, share how they are altering and/or optimizing their “restaurants” for the next decade and beyond.

The partners behind Dog Haus aren’t so much concerned with where people get their gourmet hot dogs, sausages, burgers and chicken sandwiches, just that they get them.

“The future is how to get food in people’s hands,” said Andre Vener, co-founding partner of the Pasadena, Calif.-based brand. “It’s not always in the store.”

To make this a reality, Dog Haus is using the ghost kitchen model. A recent partnership with Kitchen United, a Pasadena, Calif. operator of central kitchens for restaurants, will allow the chain to grow its brand with cost-efficient kiosk locations where food is prepared specifically for carry-out or third-party delivery only.

Customers order from Dog Haus and other restaurant menus via computer kiosk and then wait while their food is prepared in an upper level kitchen; third-party delivery orders are serviced from a separate entrance. So far Dog Haus is available at a Kitchen United location in Chicago’s River North neighborhood, and has plans to open a second location in December in Austin, Texas.

“Convenience, I think is the future,” Vener said. 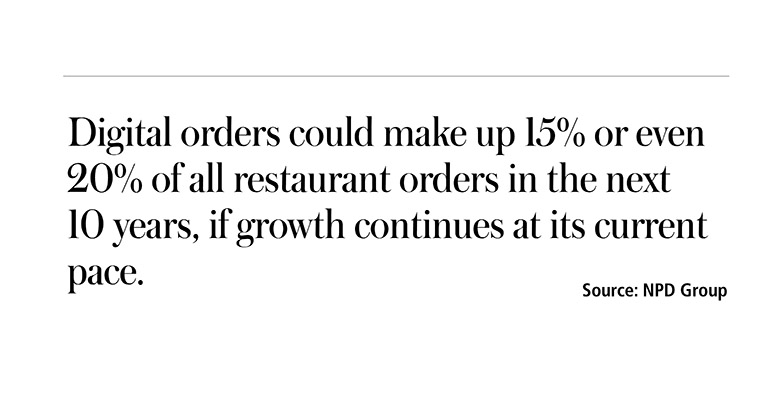 In addition to adding more kiosks via virtual kitchens where and when it makes sense, Vener says Dog Haus will continue to open more brick-and-mortar restaurants — about 20 by the end of 2020 — on top of its existing 35 locations in 10 states. To ensure the increase in delivery and carryout orders does not compromise the on-premise experience, some locations have already been redesigned to have a larger back of house and slightly reduced seating in the front of house.

“People want an experience, want a place to go with a date, after the game … That’s what a restaurant is for,” Vener said. “You cannot get that from these ghost kitchens.”

Zume thinks outside the pizza box 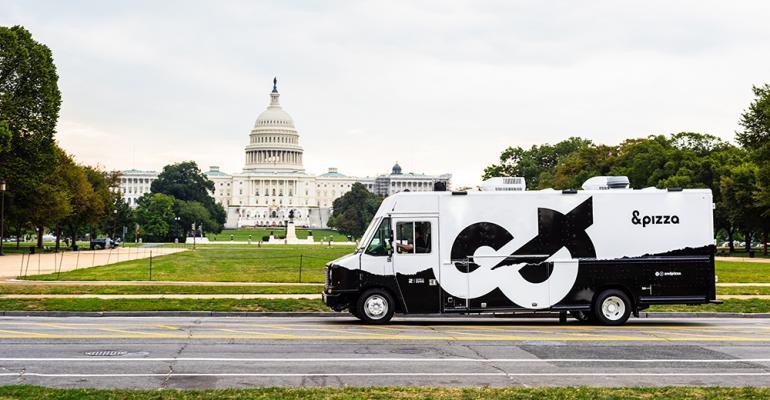 Now the company, rebranded as Zume Inc., is helping other restaurants to do the same.

“At the end of the day, people want the convenience of a delivered meal, with the same quality and care they would get at a restaurant,” said Alex Garden, chairman and CEO of Zume Inc. “We tested this with Zume Pizza and saw the power of cooking food as close to the delivery time and location as possible. Now we’re using these learnings to offer solutions for other restaurants looking to maintain the food experience for their customers in today’s delivery-enabled world.” 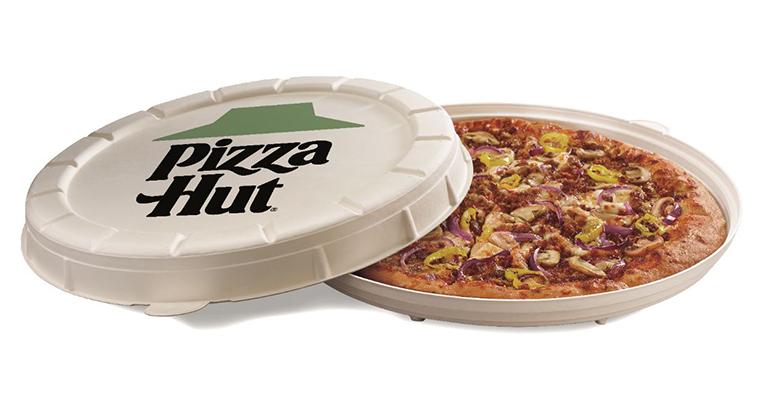 Zume Inc. now operates Zume Source Packaging, which launched a line of plant-based compostable packaging products, including a round pizza box that Pizza Hut began testing  in October; Zume Forward, which operates the mobile kitchens to help customers predict and meet demand; and Zume Culinary, which supports design and deployment of menus.

More than the average food trucks, the mobile kitchens are larger and are equipped with customized kitchen equipment, high-tech tech vehicle networks, connected appliances and predictive analytics. These high-tech kitchens-on-the-go also have the potential to drastically lower the barrier of entry for new concepts, which could bring many more such “restaurants” to the market in the next decade.

“It can take years and hundreds of thousands of dollars to launch a brick-and-mortar restaurant,” Garden said. “Our Forward Mobile Kitchens bring the time it takes to launch down to weeks, and a flexible leasing model makes it easy to scale and test or expand into new markets with less upfront cost.”