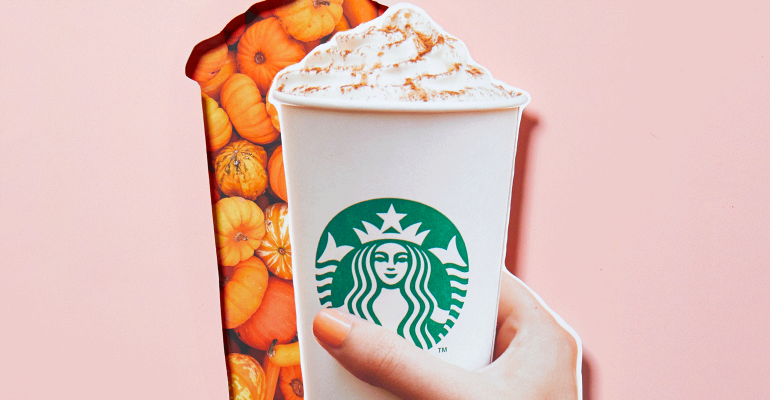 Pumpkin spice latte is a gift of the gourds for foodservice brands, increasing customer frequency and spending, according to new data from The NPD Group.

Starbucks Corp., which has offered its limited-time pumpkin spice latte for 15 years, moved up the release date this year in the United States and Canada, launching the limited-time flavor on Tuesday, Aug. 28, from its usual September debut.

“Since making its debut in 2003, PSL remains Starbucks’ most popular seasonal beverage,” the Seattle-based coffee giant said earlier this week. 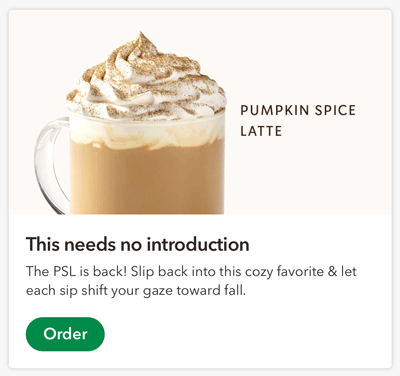 “It’s a winning strategy for coffee chains to continue to sell pumpkin spice lattes as a limited-time offer,” said Annie Roberts, NPD’s vice president for foodservice, in a statement. “Consumers anticipate their availability and know the drinks are only around for a short period of time, and this anticipation creates demand.”

“Pumpkin spice latte limited-time offers have a positive impact on visit frequency and check averages as consumers tend to purchase food along with the beverage,” Roberts said. “It doesn’t get much better than that.”

- Skewed slightly female: About 53 percent of PSL buyers were female.

- Leaned toward no children in the home: About 60 percent of PSL buyers did not have children 18 and younger in the household.

- Tended to be younger: About 55 percent of PSL buyers were younger than 45.

Starbucks, for example, has expanded its pumpkin spice fall coffee beverages to include a Teavana Pumpkin Spice Chai Tea Latte.

And Lancaster, Pa.-based Auntie Anne’s on Sept. 3 will bring back its Pumpkin Spice Pretzel Nuggets nationwide. The pretzels can be paired with a sweet glaze or cream cheese dip, sold separately. 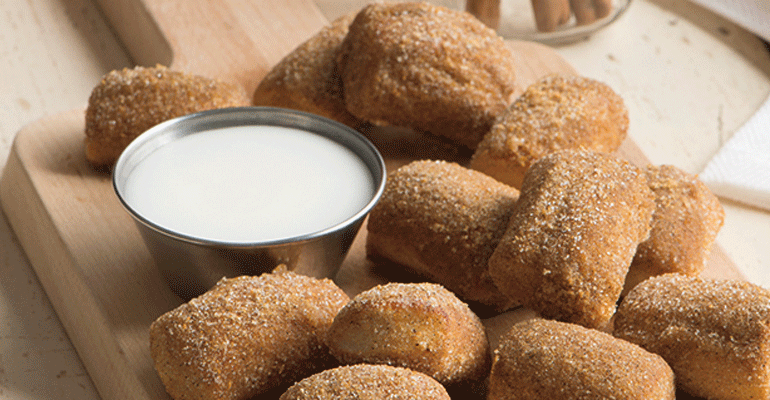 Dallas-based Mimi’s Café this season is using its pumpkin spice latte as a springboard for similarly flavored griddlecakes, muffins and cheesecake. The 82-unit brand is also adding a Spiced Caramel Mimosa with spiced caramel and cinnamon on the rim for $7.99. 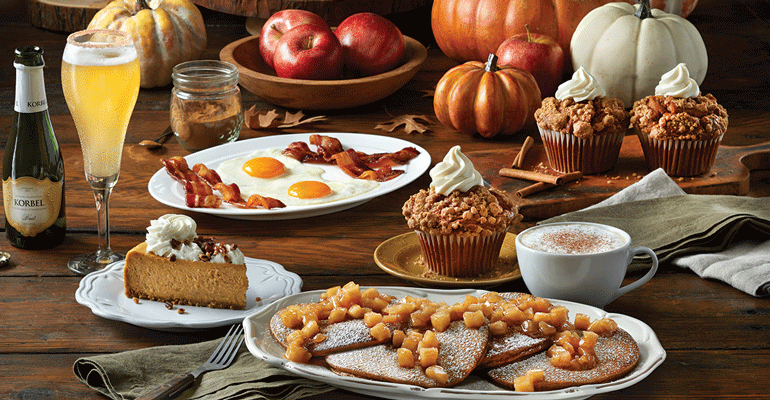