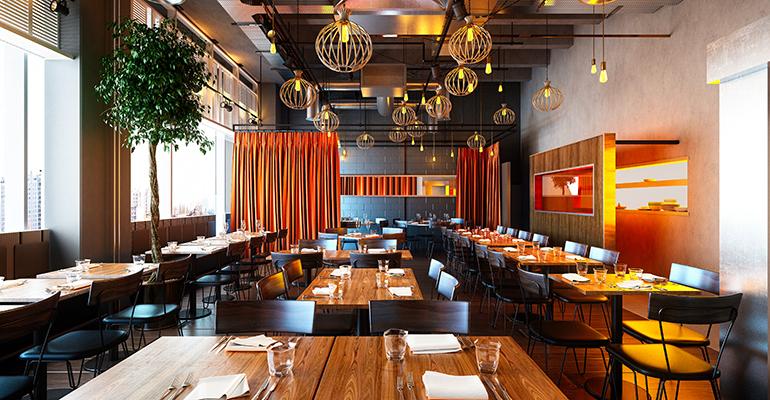 “What is even more encouraging for the industry,'' said Victor Fernandez, vice president of insights and knowledge for TDn2K, “is that this small positive growth during the last two months has been achieved despite the industry lapping over two months with relatively strong performance in 2018. Consumers have signaled they are willing and able to spend increasingly more every time they eat out.”

Although the net growth in the number of chain restaurant locations has slowed in recent years, growth continues to be positive and is compounded year over year. The result is a highly saturated industry in which restaurant visits continue to get diluted among many possible options for diners. In this environment, same-store traffic growth continues to be a real challenge for operators.

Even if overall sales in comparable stores achieved some positive growth during October, it was entirely due to off-premise sales growth. This has been one of the most persistent and important shifts that we are tracking. The norm for the industry is now declining dine-in sales growth offset by very strong to-go and other forms of off-premise sales.

Third party delivery is undoubtedly playing a part in this shift, driven by the rapid adoption rates by the industry of this new sales channel. According to a recently published survey by Black Box Intelligence, 86% of restaurant companies currently use some form of third-party delivery, up from 82% at the end of 2018. And perhaps more telling, 86% of those restaurant companies that currently don’t use it are planning to implement third party delivery within the next twelve months.

After a strong 2018, casual dining is experiencing a downturn this year. This segment was the worst performing based on sales growth during October. Casual dining has now endured four consecutive months of negative same-store sales growth.

Restaurants continue adding jobs at an unyielding pace. The latest numbers from the Bureau of Labor Statistics show the number of employees in the industry growing by 2.6% in October. This rapid growth continues to ratchet up the pressure for those tasked with keeping restaurants staffed, especially considering the historically high turnover rates that the industry has been experiencing.

There was some relief for restaurants in the form of rolling 12-month turnover for hourly, non-management employees declining slightly during September. This small reduction notwithstanding, turnover for hourly crew remains at unsustainable levels for most restaurant companies. Furthermore, turnover is not expected to decrease significantly in the near term as long as unemployment continues to be this low.

After a slowdown in its upward trend in August, restaurant manager turnover increased again during September. Management turnover is crucial given its relationship to hourly employee engagement and retention, as well as its direct effect on the overall restaurant sales and traffic performance as revealed through ongoing TDn2K studies. Some of the reasons management turnover has been skyrocketing in recent years has been the tight labor market coupled with stagnant pay.

People Report data shows the median base salary for general managers in limited service restaurant brands has increased by only 1.2 % over the last four years once adjusted for inflation. As small as this increase is in real pay, it is much better than the -3.5 % general managers in full service brands have experienced during the period. Their employers are likely asking them to do more than they did four years ago in an increasingly complex environment, yet their pay is not reflecting that.

When it comes to sales, the industry’s run to the finish line at the end of 2019 will be much more of a crawl than a sprint. Macroeconomic conditions are not very encouraging for anything but maintaining present consumer spending trends. Restaurant traffic continues to slowly vanish. Sales were relatively strong for the last two months of 2018 which means tougher hurdles when calculating sales growth in November and December this year.

The best case scenario for the industry remains small positive same-store sales growth for the rest of the year, but dipping into negative territory again continues to be a distinct possibility.

What definitely will not change is restaurants struggling to find employees and keep them engaged. “As the word ‘recession’ starts appearing more often in the media and restaurant operators wonder what lies ahead with the economy, we know those that are better prepared for a downturn are those brands that have been succeeding on the people side of the equation,” said Fernandez. “Those that have provided a compelling employee value proposition and are effectively delivering on it are likely to remain the winners in the current environment and fare better should economic conditions deteriorate.”