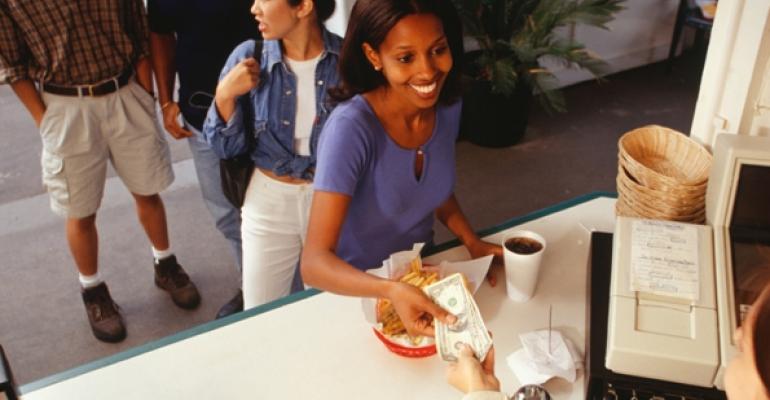 The quick-service segment led industry traffic growth in the second quarter of 2013, as it has for much of the past two years.

During the quarter, overall restaurant visits rose 1 percent compared with a year earlier, and consumer spending increased 3 percent, according to new data from The NPD Group.

The Port Washington, N.Y.-based firm found that fast-casual restaurants, which it includes in its quick-service segment research, drove second-quarter results. Fast-casual restaurant traffic increased 8 percent compared with a year earlier. The overall quick-service segment, which accounts for 78 percent of restaurant visits in the United States, rose 1 percent compared with the second quarter of 2012.

The only other industry segment to record traffic growth was fine dining, at 6 percent, though that sector accounts for only 1 percent of total overall restaurant visits in the United States.

The casual-dining segment and the midscale and family-dining sector, both of which account for 10 percent of overall restaurant industry traffic, reported flat traffic and a 2-percent decrease in visits compared with a year earlier, respectively. For the previous eight quarters, casual-dining chains collectively reported negative traffic.

“There were several bright spots in the industry in the second quarter, and certainly casual dining ending its cycle of traffic losses is one of them,” Bonnie Riggs, The NPD Group’s restaurant analyst, said in a statement. “Any gain in the current market is good news and keeps the industry steady.”

NPD’s data was based off the firm’s CREST research service, which surveys consumers on daily restaurant usage patterns.