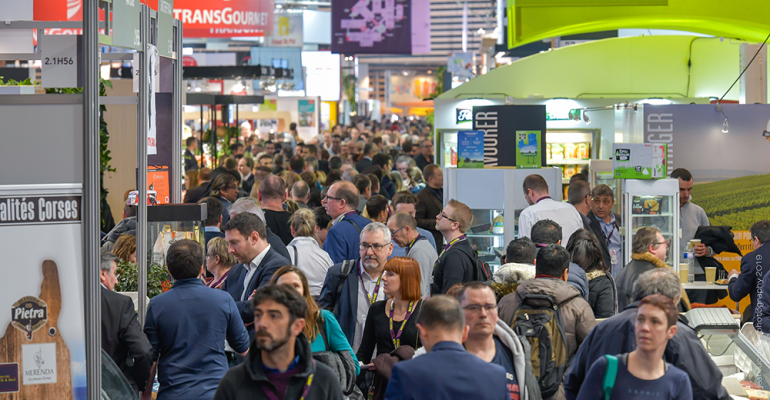 Letter from the editor: Takeaways from the Sirha show in Lyon, France

NRN editors take you beyond the headlines and offer perspectives on the issues and events shaping the industry. Get more inside takes from Behind the Story >>

Last month, I found myself in an expo hall in Lyon, France, with 200,000 other foodservice professionals. While the Bocuse d’Or culinary competition is well known here in the States, Sirha, the show that hosts the event, isn’t yet a household name.

The Sirha folks flew me in to see what the bi-annual show is all about. I had three days to absorb a slew of culinary competitions and 3,000 exhibitors. I got lost no fewer than four times. Next show, I’m bringing a compass.

Here are some learnings that stuck with me during my time at Sirha:

>Think out of the box on pairings.

I’ve had wine pairings, beer pairings, whiskey pairings and compliments of KFC — soda pairings. This was the first time I’d had tea pairings. The Sirha show partners with students from the local culinary school, Institut Paul Bocuse, to do pop-up restaurants on the show floor. These aren’t food cart-type pop-ups either. The restaurant I chose was hot-air balloon safari themed restaurant with three courses and a tea to pair with each. The first, a green tea, the second a black tea and for dessert, a red rooibos tea. It was quite refreshing to try pairings without alcohol. Each course changed with each sip. What kind of pairings would make your menu more interesting?

Sirha is held in Lyon, France — a city straddled by the Rhône and Saône rivers — and credited for its gastronomical roots. Lyon is also known for its local restaurants, bouchons, which focus on traditional and meat-focused cuisine. I have to say, in Lyon and later in Paris, dining was very comfortable. The French culture of leisurely meals is something we can learn from. Now that it’s tougher to get people into restaurants, why not make it easy for them to stay once they get there? Why can’t dinner just be dinner and not dinner and a movie? Why not make it easier to stay and get another (high-margin) glass of wine or espresso at the end of the meal?

We are getting better sharing the stories behind food and efforts around sustainability, but many of the suppliers at Sirha took it to another level. Booths sported murals of healthy-looking animals and showed off meat while it was still raw. One booth by the Guèze charcuterie company literally walked you through an interactive experience of where the pigs lived in the forest with leaves and logs on the floor. Regionality and environmental preservation came up a lot at the show, too. Maybe Americans aren’t looking for the same level of information, but they would like to know why certain cooking techniques are distinctive to certain regions — and how that impacts the taste. How can you make your menu about discovery? This doesn’t have to be high-brow, either. It’s about sharing your decisions. We fry to maintain crispy edges. We source potatoes from this place because the climate makes for tasty vegetables. Explain your decision making.

Lately we’ve seen operators create standout experiences with diners by creating shareable bar snacks or creating date-night worthy experiences. But there are countless ways to connect with diners. It’s time to find yours.