Flavor of the Week
brought to you by
Consumer Trends

Flavor of the Week: Garam Masala – the finishing spice blend from India 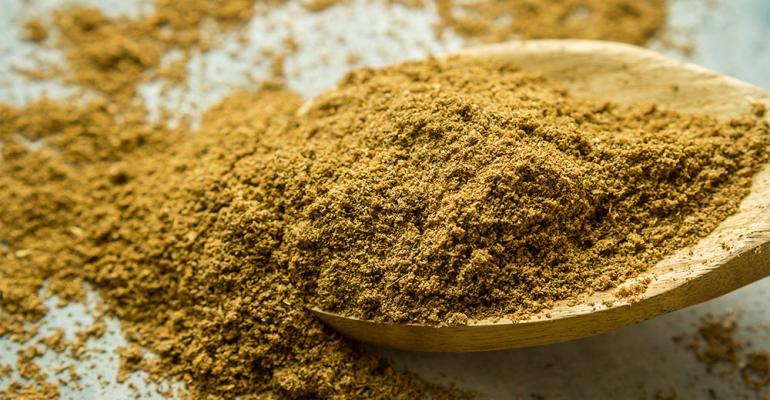 Garam Masala is a term for a wide variety of spice blends used as a finishing touch in Indian cooking, the exact content of which varies from region to region, state to state, and cook to cook. Common ingredients can include cloves, peppercorns, cinnamon, mace, cardamon, cumin, coriander, chile, fennel seeds and bay leaves. The term literally means warm or hot spice, but that refers to the fact that many of the spices are toasted before being mixed together. The mixture itself is complex, but not necessarily chile-pepper hot.

Although the term is Indian, varieties of garam masala can be found in Middle Eastern markets as well

Market research firm Datassential reports that 29% of the population knows about Garam Masala but only 18% has tried it. Garam masala has the highest awareness amongst Asian and Millennial consumers.

Find out more about this week’s Flavor of the Week, Garam Masala, and see how a restaurant is using it in a dish.