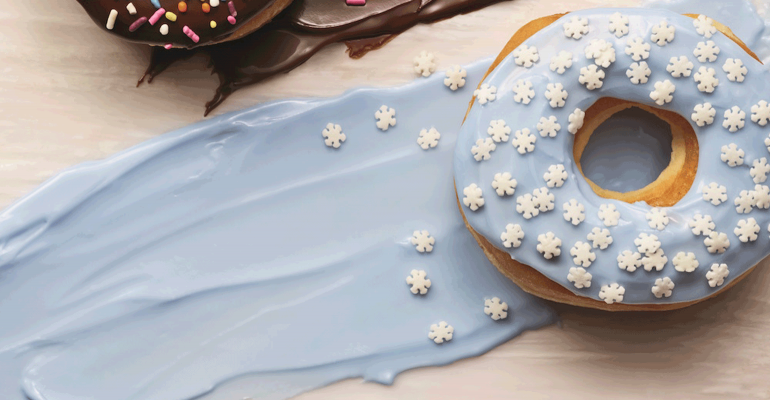 Dunkin’ Donuts is the latest chain to move toward clean labels, having removed artificial colors from all of its doughnuts in the U.S., parent company Dunkin’ Brands Group said Thursday.

The company, based in Canton, Mass., had previously pledged to get rid of all artificial dyes from its food and beverages at the more than 8,800 domestic Dunkin’ Donuts units by the end of 2018. It said by the end of the year that artificial dyes also would be removed from beverages, baked goods, breakfast sandwiches and coffee flavorings.

It said both brands still could have artificial dyes in branded ingredients from its suppliers that are used in toppings, ice cream inclusions and decorative elements.

“Eliminating artificial dyes from our donuts is an incredible milestone moment for a fun brand whose products are synonymous with bright, colorful confections,” Dunkin’ Donuts U.S. chief marketing officer Tony Weisman said in a statement. “After years of research and development, we are thrilled to be taking such a big step in providing guests with simpler ingredients while still delivering the delicious taste and vivid colors expected with our donuts.”

To celebrate the removal of artificial colors, Dunkin’ Donuts has introduced a blue Snow Flurries Donut decorated with snowflake sprinkles, all with natural coloring. The doughnut will be available for an unspecified limited time.