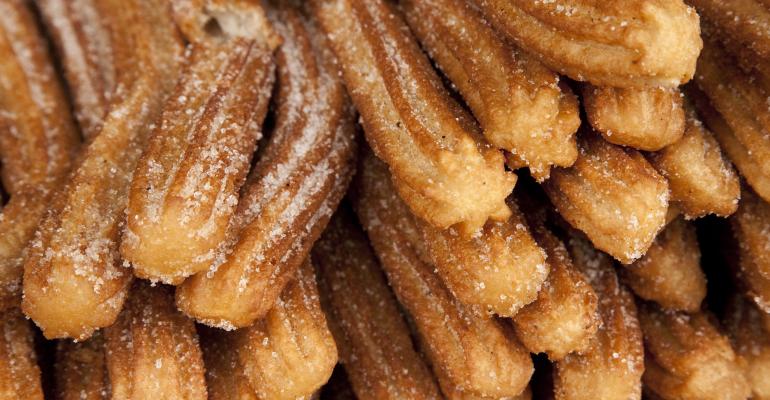 Churros are growing in popularity not just as a simple dessert or snack, but also as a flavor, the classic sweet cinnamon taste being added to everything from ice cream and coffee to tequila and savory snacks.

The flavor, whether in its traditional or non-traditional form, is extremely popular among consumers, with 76% of those who’ve tried it saying they love or like it, according to market research firm Datassential’s FLAVOR report.

Click through the gallery to learn more about the Flavor of the Week and see how one chain is using churros on its menu.