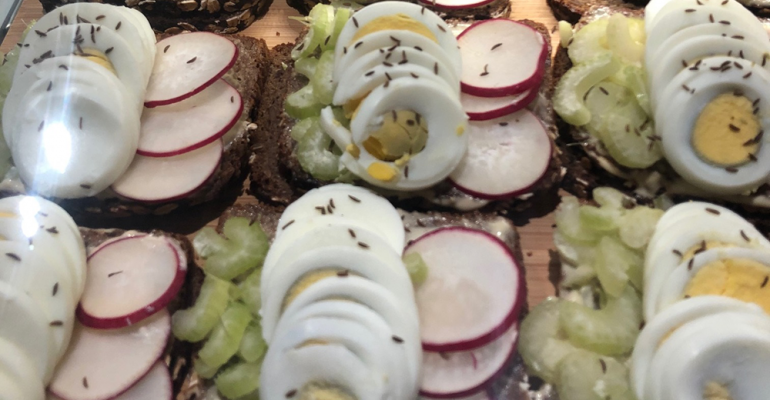 Sandwiches remain one of the fundamental building blocks of the contemporary restaurant industry, true menu workhorses that span dayparts and service and operational types. Although already a well-established mainstay of the American dining experience, they’re still outpacing overall growth at restaurant chains. NRN’s most recent Top 200 report revealed that limited-service sandwich brands grew in excess of 4% last year, outpacing the 3.2% performance recorded by the top 200 chains as a whole. One reason for their enduring popularity is that, along with appetizers and salad dressings, sandwiches are a primary point of introduction for ethnic foods and flavors.

Italian sandwiches, usually offered as subs, have been fixtures on menus for decades, and while the typical filling of Italian cold cuts and cheeses remains the standard, some operators are stepping up with sophisticated options. Newk’s Eatery presents the Pesto Chicken Sandwich with goat cheese and basil pesto on 11-grain bread, and Panera Bread’s new Toasted Tuscan Grilled Chicken Sandwich starts with chicken, then adds mozzarella, Parmesan cheese, smoky tomato confit and pesto mayo on artisan ciabatta. 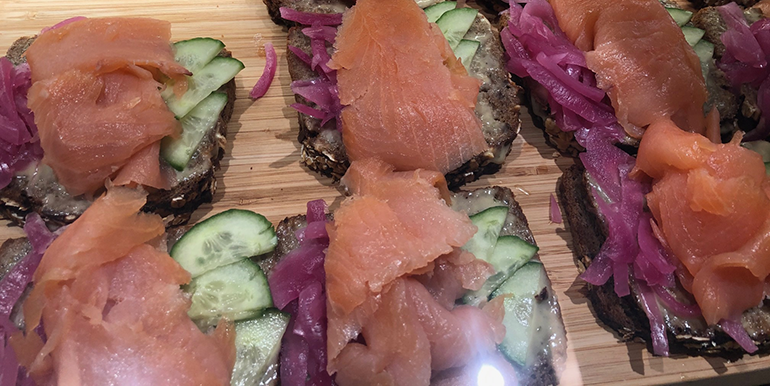 Mediterranean sandwiches are taking advantage of patrons’ blossoming love affair with foods from Greece and the Levant. Potbelly Sandwich Shop creates its Mediterranean Sandwich from hummus, feta cheese, artichoke hearts, cucumbers and roasted red peppers, to which meat seekers can also add chicken. Togo’s Greek Veggie takes a similar tack with ingredients, but adds balsamic dressing and subtracts the chicken. And the Greek Gyrowich at Which Wich Superior Sandwiches is a signature favorite made with rotisserie-roasted beef and lamb gyro meat, sliced cucumbers, lettuce, pickled red onions and fresh tomatoes with tzatziki sauce on a toasted baguette.

Some pundits predict that the cuisines of the nearby Balkan countries will be the next big ethnic trend, and St. Louis’ Balkan Treat Box has won plaudits for its consumer-friendly, accessible items like the classic Ćevapi, a sausage sandwich on somun, a type of Bosnian wood-fired flatbread. The restaurant also offers pide, Turkish flatbread, as a sandwich carrier.

Despite the fact that Mexican was the first ethnic cuisine to be adopted by the mass market on a broad scale, Mexican sandwiches have largely been MIA on menus. Preempted by hand-held tacos and quesadillas, it appears that south-of-the-border sandwiches are finally finding their footing. Classic tortas are typically served on thick crusty rolls called telera bread. That’s the case at Cook’s Tortas, which is preparing to franchise from its base in Los Angeles with a comprehensive listing of varieties that include the Mole Verde Torta with chicken breast, avocado and pepitas in tomatillo sauce.

The flavors of the Far East are represented on sandwich bills of fare, too, as with the Vietnamese bánh mì. Which Wich’s bánh mì is made with soy-glazed pork, jalapeños, cilantro and Sriracha mayo, while the vegan version at Mendocino Farms is made with organic tofu, vegan aïoli, sweet chile sauce and pickled daikon and carrots.

Japanese katsu sandos, schnitzel sandwiches that are hugely popular there, are gaining a toehold here, too. Ram Restaurant and Brewery got rave reviews for the limited-time-only Chicken Katsu Sandwich with katsu sauce, Asian slaw, spicy sweet-and-sour cucumbers and sambal aïoli on a brioche bun.

Looking ahead, sandwiches will continue to provide a wellspring of inspiration. No segment is more adept at innovation and adaptation than campus dining, with its no-holds-barred approach to menu R&D and customer service. A case in point is Steep, the newly opened retail food operation at Yale University, which tackles New Nordic cuisine in a tasty and approachable fashion. Open-faced sandwiches are made from specially spec’ed low-starch rye flour and finished with tasty toppings like its best-selling salmon and the photogenic sliced egg with crunchy vegetables.