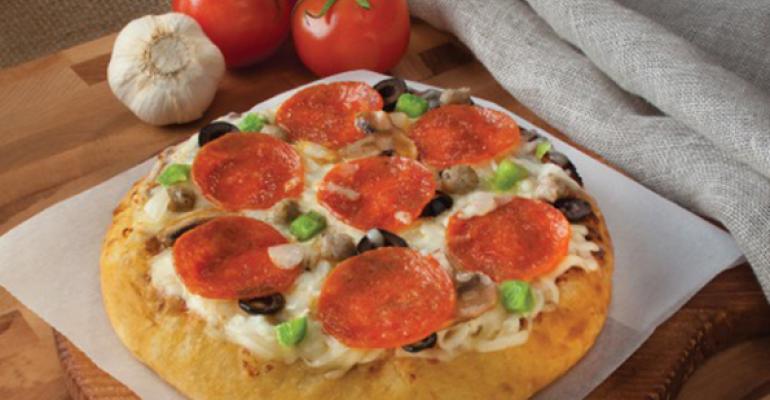 Share of visits at convenience stores rises, according to The NPD Group

Getting good food at the same place you get gas seems like an oxymoron, but that perception appears to be changing.

As more convenience-store chains focus on improving food and beverage quality, they are growing visits and posing a competitive threat to quick-service restaurants, according to officials at market research firm The NPD Group.

“These food-forward retailers have moved forward in terms of quality and variety,” NPD analyst Bonnie Riggs said. “They are a segment to watch … a retailer to take note of, put into your competitive set.”

According to recent NPD research, “food-forward” convenience stores have increased their share of visits to 17 percent of all convenience stores, rising from 12 percent in 2009. NPD groups into this category regional chains such as Cumberland Farms, Maverik, QuikTrip, Sheetz and Wawa.

Further evidence that these food-forward convenience stores are a segment to watch is their increase in pizza sales. Cases of pizza crust and dough shipped to convenience stores from broadline foodservice distributors increased by 27 percent, and servings of pizza ordered by convenience-store customers increased by over 20 percent in the year ending February 2015, compared with the previous year, according to NPD. The double-digit growth in pizza servings at convenience stores contrasts the flat servings at quick-service pizza restaurants, and a 1-percent increase at traditional quick-service restaurants, NPD found.

“These food-forward chains are very regional chains, but collectively they pose a threat to traditional QSR,” Riggs said. “The traditional fast-fooders are not growing like these retail chains are.”

From making food to order, setting up their own commissaries and adding restaurant-like seating, many regional convenience chains have been upscaling their food for some time. Maverik and QuikTrip, two small convenience chains, share the big success they are experiencing from better food quality and variety.

This North Salt Lake, Utah-based chain has been intensely focused on stepping up its food quality in recent years, adding kitchens to its 270-units to facilitate made-to-order items, and last year hiring a fine-dining chef to lead its culinary research and development.

“Our strategy has been one of increasing quality,” said Rich Green, Maverik director of foodservice. “[Hiring a chef] helped us … step outside this convenience box and do what everyone else is doing.”

Hot items a success at QuikTrip

The chain now offers a number of items similar to those at fast-casual chains, including its own line of assemble-and-heat-to-order burritos, as well as assembled-to-order hot sandwiches, such as the recently launched Hottie Pastrami, which has pastrami, provolone cheese and giardinera, an Italian relish, on folded flatbread. Green said both items have been very successful. Burrito sales have more than tripled since launching, and sales of all items from the warmer have risen 50 percent.

A few weeks ago, the chain began testing a made-to-order concept using a kiosk touchscreen-ordering interface at several locations in the Salt Lake area. The new concept will still offer grab-and-go items, but those will be minimized in favor of a unique line of made-to-order items, Green said.

“The barrier with convenience is that food and gas don’t go well,” Green said. “I’ve seen a change over the past 10 years. The better we’ve gotten, the more and more accepting customers have become.”

Pizza has been the biggest success so far for Tulsa, Okla.-based QuikTrip. The regional convenience-store chain recently completed rolling out QT Kitchens, a fresh, made-to-order menu of food, premium drinks and frozen treats, across the vast majority of its 721 stores.

“Pizza is one of those categories people eat all day long,” said Mike Thornbrugh, manager of public and government affairs for QuikTrip. “It’s a huge item. We believe we’re getting fairly good at it.”

The chain started by offering take-home pizzas, but has evolved to made-to-order slices and 7-inch personal-sized pizzas with a choice of toppings. It also recently introduced a breakfast pizza slice topped with sausage and eggs.

Pizza, along with other hot items, such as toasted flatbreads, has been such a success that the chain has had to add a second oven in most of its units to accommodate consumer demand.

QuikTrip made the decision to move into the fresh food side of the business about 10 years ago, when gas, one of its biggest visit drivers, and tobacco began to reach their peak demand. Since then, the chain has been been slowly remodeling all of its stores to accommodate the new version of QuikTrip.

Correction: June 2, 2015  An earlier version of this story misspelled QuikTrip in a photo caption.

Correction: June 11, 2015  An earlier version of this story misstated QuikTrip's headquarters. The company is based in Tulsa, Okla.