A consumer favorite: Chicken and Waffles 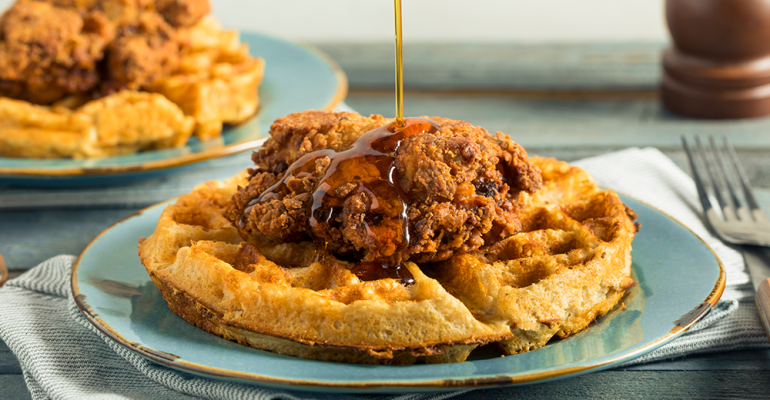 Traditionally, this classic Soul-Food dish is served as pieces of fried chicken over a waffle with a side of butter and maple syrup, and in some iterations, hot sauce, although sometimes it’s all smothered in brown gravy. Chicken and Waffles’ recent popularity surge predates the fried-chicken sandwich explosion, but it has certainly benefited from that as well. Its combination of sweet and salty flavors, the use of Americans’ favorite protein, and of course its crunch, all resonate with many consumers. The dish can be eaten at any time of day, from breakfast through late night.

Recently, chicken and waffles has popped up as not just a menu item but also as a flavor, appearing as a seasoning and in other forms to be used widely, and that will only extend consumers’ appetite.

Market research firm Datassential reports that chicken & waffles are currently found on 4.6% of menus across the United States., up 45% over the past four years.

Click through the gallery to learn more about this Flavor of the Week and see how one restaurant is using chicken and waffles on its menu.