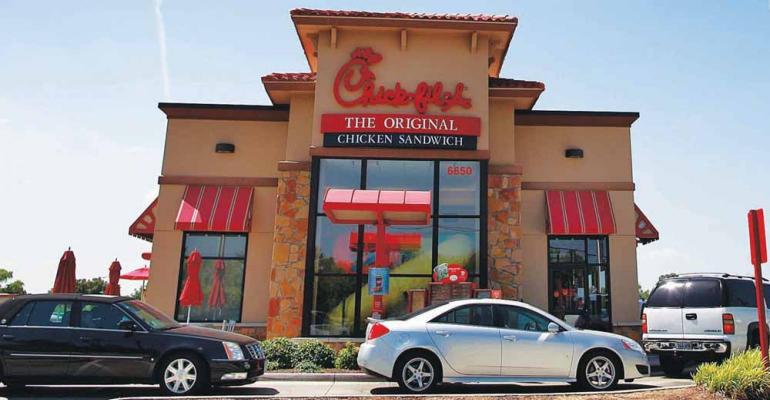 Smartphone app quality amid the pandemic deteriorated for full-service locations in the ACSI Restaurant Study 2021-2022, which was based on interviews with 20,143 customers, chosen at random and contacted via email between April 2021 and March 2022. The ACSI has measured limited-service restaurants since 1994, and full-service measurement began in 2007, a spokesperson said.

The 2021-2022 ACSI study, which asked respondents to rate restaurants on a scale of 0 to 100, found customer satisfaction with full-service restaurants was stable with a score of 80, while the quick-service industry dropped 2.6%, to 76.

“The large group of smaller full-service restaurants experiences substantial deterioration in mobile app quality, contributing to a steep decline for the industry overall, which tumbles 8% to 78,” said Forrest Morgeson, assistant professor of marketing at Michigan State University in Ann Arbor and director of research emeritus at the ACSI, in a statement.

During the COVID-19 pandemic, which was declared in March 2020, restaurants had to shift tactics, relying more on a digital, touchless approach to stay in business and keep customers satisfied. “Some have had more success than others,” an ACSI press release noted.

Morgeson explained: “Amid the pandemic, restaurants needed to quickly up their game in the mobile arena. With fewer resources, smaller chains and independent restaurants are offering apps that aren't making the grade per customers. In contrast, positive shifts in both mobile app quality and reliability for several larger chains appear to reflect major app updates for these bigger industry players."

After securing the industry lead in the prior year, the group of smaller restaurants declined 1% to an ACSI score of 80, falling into a three-way tie for the top spot with LongHorn Steakhouse (unchanged) and Texas Roadhouse (unchanged).

Cracker Barrel Old Country Store (unchanged) and Fridays (up 1%) were next at 78 each, followed by three full-service restaurants with scores of 77: Olive Garden (down 4%), Outback Steakhouse (down 1%) and Red Robin (down 1%).

Applebee’s and IHOP, owned by Dine Brands Global Inc., both occupied the bottom spot with scores of 73. The former plummeted 5%, while the latter slipped 1%.

Among all restaurant, Chick-fil-A led all for the eighth consecutive year with a steady ACSI score of 83.

The group of smaller quick-service purveyors slipped 1% to 79, tying ACSI newcomer Jimmy John’s for second place. Domino’s (down 3%) and KFC (down 1%) followed suit at 78 each.

Burger King, Little Caesars and Panda Express dipped 1% to meet a stable Subway at 75. Dairy Queen (unchanged), Dunkin’ (down 4%) and Sonic (up 1%) were next with scores of 74, just ahead of Wendy’s, which remained at 73.

Jack in the Box slipped 1% and Taco Bell dropped 3%, both to 72, while Popeyes Louisiana Kitchen fell 3% to 71. McDonald’s remained in last place after falling 3% to an ACSI score of 68.

The ASCI study found that in terms of the customer experience, full-service restaurants were again the preferred choice.

Customers agreed that sit-down spots outperformed quick-service chains when it came to food-order accuracy (87 to 83), restaurant layout and cleanliness (84 to 81), food quality (86 to 81) and food variety (84 to 79).

Additionally, the study indicated staff members were more courteous and helpful (84 to 82) at full-service restaurants than at quick-service chains. Sit-down establishments offered a wider variety of beverages (83 to 77) and greater beverage quality (84 to 81), the survey found.

The American Customer Satisfaction Index, using research technology developed at the University of Michigan, has been a national economic indicator for 25 years. It measures and analyzes customer satisfaction with more than 400 companies in 47 industries and 10 economic sectors, including various services of federal and local government agencies.