Flavor of the Week
brought to you by
Consumer Trends 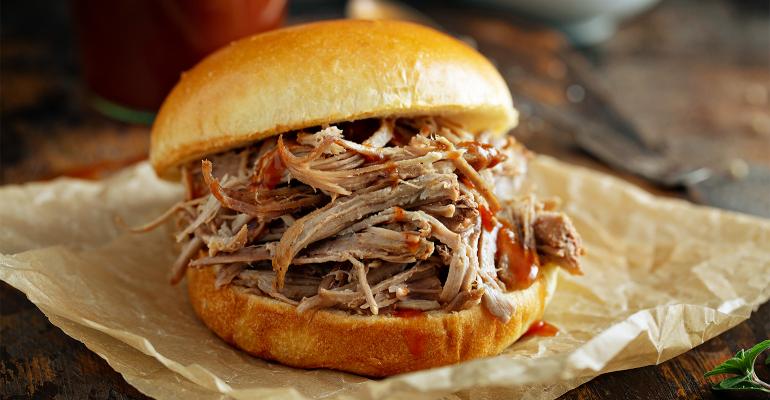 American barbecue has evolved over hundreds of years, mostly in Texas and the Southeast, and can mean different things in different parts of the country. Food historians and anthropologists will tell you that barbecue requires slow cooking with hot smoke, but the category continues to evolve, and chefs and backyard pitmasters in regions where barbecue isn’t a traditional food are developing their own approaches.

In the Carolinas, barbecue is mostly pork, either shoulder or whole hog, and served with tangy sauces — vinegar-based in North Carolina and mustard-based in South Carolina — that are less sweet than in other parts of the country.

Although, or maybe because, Carolina barbecue is so distinctive, it is enjoying growing popularity across the country — 79% of consumers who have tried Carolina barbecue either like or love it, according to Datassential.

The market research firm reports that  Carolina barbecue is found on 1.4% of U.S. menus, a 21% increase over the past four years. Click through the gallery to learn more about this Flavor of the Week and see how one restaurant is using it on its menu.