Restaurants large and small had to eliminate excess items on the menu when on-premise dining shut down, resulting in much smaller menus. As dine-in began to reopen, restaurants evaluated their offerings and many maintained the smaller menus, eliminating food items that weren’t profitable, such as McDonald’s massive menu trimming.

Everyone was, at some point, on complete lockdown and restaurants across the country were forced to move to takeout and delivery only. Some cities, such as Los Angeles and New York City, only have takeout, delivery or outdoor dining now.

Third-party delivery apps slowly began to take over the space, but that wasn’t without pushback from the industry over massive fees, resulting in fee caps from Chicago to Seattle to New York City.

Homebound customers like to mix up meals — maybe make the main dish but order appetizers, sides or dessert from a restaurant. Millennials are especially big fans of the blended meal, according to the NRA’s report.

Families that had children doing virtual school while the adults were working from home were looking for full, all-in-one meals, and restaurants delivered. Many began to sell larger portions, such as an entire tray of baked ziti or a whole roast chicken rather than just the breast, complete with sides and a dessert.

The restaurant experience certainly came into the home in 2020.

More than half of adults surveyed by the NRA said they’d likely purchase a meal kit if it was offered by one of their favorite restaurants. That percentage rose to 75% for both Millennials and Gen Z adults. Kits package pre-measured ingredients and instructions to make the restaurant meal at home.

The NRA reported that more than half of consumers surveyed said they’d sign up if their favorite restaurants offered this option.

Chains such as Just Salad, Panera, Subway and more began selling groceries (and even toilet paper), and independents sold off wine and other food directly from the supply chain at-cost.

More than half of consumers surveyed said they would buy groceries if restaurants offered them.

Alcohol to-go, previously unheard of, became huge as consumers increasingly wanted mixed drinks. Bars were shut down — and remain shut down without the offer of food — in most cities and states, so consumers had to drink responsibly in other ways.

Bars began to create virtual concepts like Chicago’s Gin and Juice, which offers mixed drinks in pre-packaged bottles that customers mix at home.

Other chains like Fuzzy’s Tacos started selling margaritas by the gallon to customers.

One-third of off-premise customers ages 21+ said they had included an alcoholic beverage with a takeout or delivery order since the beginning of the COVID-19 outbreak, and they’ll continue to in the future, according to the NRA survey.

Consumers became more aware of their health while a contagious virus kept them at home, which meant that some consumers turned to healthier foods to boost their immune system or stay in shape while gyms remained closed. 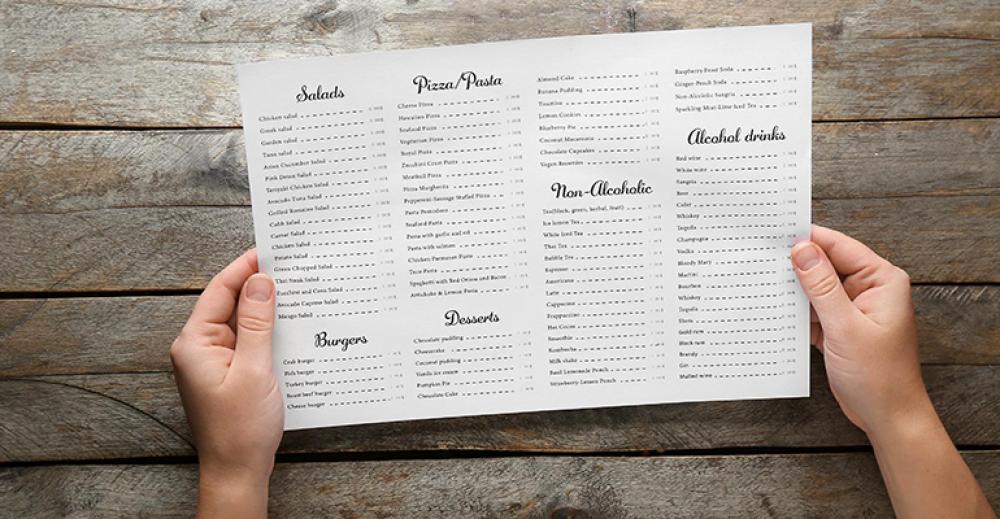 Next Up
Flavor of the Week: Black Walnut — a mixologists’ tool
Start Slideshow ›