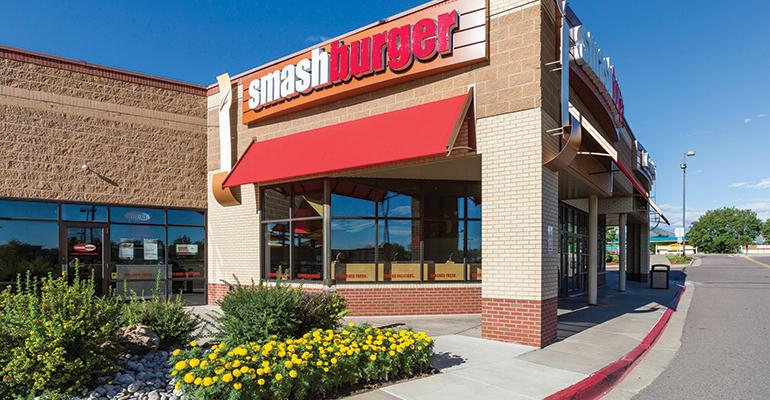 <p>Smashburger climbed the overall Limited-Service rankings this year and landed a spot as the No. 2 player within the Limited Service/Burger category. The chain has earned consumer favor by focusing on food quality and targeting Millennials.</p>
Data & Research>Consumer Picks

The top scorers in key categories within this year’s Consumer Picks survey brought no surprises.

The lineup of consumer favorites like In-N-Out Burger, The Cheesecake Factory, Morton’s the Steakhouse, Ben & Jerry’s and Cracker Barrel Old Country Store include a solid group of brands that have largely stuck to their knitting in their respective categories but also stayed relevant.

They do what they do well and have continued to do so for the younger generations that appear to be reshaping consumer preferences today.

But it’s within the restaurant segment niches —  Casual-Dining/Seafood restaurants, for instance — where we see more dramatic stories being told about consumer preferences.

Chains like Red Lobster, Ninety Nine Restaurants & Pub, Smashburger and Rubio’s climbed the ranks in their respective categories this year, indicating that brand revamps and efforts to update are resonating with customers.

“Brands have to evolve to stay relevant,” said Dennis Lombardi, consultant for WD Partners, which conducted the Consumer Picks survey for NRN.

“The trick is to not get too far behind the consumer and not too far ahead,” Lombardi, who is also president of Insight Dynamics LLC, said.

And it takes time for consumers to notice efforts to evolve a brand, he noted.

“Brands and their perception by consumers turn at about the same speed as large supertanker oil freighters,” Lombardi said. “It takes some time for enough consumers to experience the brand for it to show up in the rankings.”

It doesn’t take long, however, for brands to fall out of favor.

Within the limited-service Mexican category, for example, Chipotle Mexican Grill dropped significantly this year, allowing other players a leg up.

“It’s like a roller coaster,” Lombardi said. “You go up very slowly but come down real fast.”

Among those that improved their standings this year include Red Lobster, which climbed significantly in the rankings for Casual-Dining chains. Red Lobster, acquired by Golden Gate Capital in 2014, went from the No. 14 slot last year to No. 4 among overall Casual-Dining restaurants in 2016.

Over the past two years, the chain has kept a steady pace of change by giving the restaurants a facelift with remodels, catering the menu to new food trends and engaging with customers on social media.

Red Lobster units now sport a new Bar Harbor design, and the menu includes more wood-grilled items, larger shrimp and the scampi sauce is now made from scratch in house, all the better for dipping the popular Cheddar Bay Biscuits.

Within the Casual Dining/Seafood subcategory, Red Lobster scored the highest on Service, Menu Variety, and Craveability, indicating that efforts to invigorate the menu are meeting consumer preferences.

Other chains made an impression on consumers by emphasizing value and focusing on building a regular customer base with consistency.

Also in Casual Dining, Ninety Nine Restaurant & Pub made a surprise showing at eight place — up from No. 25 last year — earning the highest score for both Value and Likelihood to Return.

Charlie Noyes, president of Ninety Nine, said the chain has long focused on “all day, everyday value, not at all on discounting,” including entrées at the wallet-friendly $9.99 price point.

Also, over the past three years, the chain has been remodeling restaurants, opening up the bar area and adding more high-top and communal tables. With that has come more pop-up promotions around holidays or sporting events that generate buzz, though, Noyes said, “It’s not the food fad of the month. Guests know they’ll get great consistent quality here.”

Today’s consumers, especially younger generations, are focused on quality and sourcing of ingredients more than ever, and that trend could be seen throughout the Consumer Picks rankings.

It’s a competitive category, but Smashburger has earned consumer love by focusing messaging on the quality of its food.

“We significantly grew our fan base on both social channels by enhancing our food photography and video assets, building brand loyalists through engagement, and testing a variety of targeted campaigns that resulted in meaningful conversations and connections,” he said.

Last year, First Watch pushed Cracker Barrel out of the lead after six years as a top Consumer Picks brand. This year, however, consumers put First Watch in the No. 2 slot. The morning-daypart chain scored highest on the attributes of Cleanliness and Likely to Recommend.

Within the Limited Service/Mexican category, however, the big story was Chipotle Mexican Grill, proving Lombardi’s sentiment that it takes a long time to build a brand’s reputation, but that reputation can fall quickly.

Chipotle slid in the overall Limited-Service chains rankings from the modest No. 27 slot last year to No. 65 in this year’s survey, behind Noodles & Company, Sbarro, Au Bon Pain, and Zaxby’s.

Within the Limited Service/Mexican subcategory, it was nearly a clean sweep for Rubio’s, which won top scores for all attributes except Food Quality, which went to fast-casual Qdoba Mexican Eats, and Value, which went to Del Taco.

And even though Chipotle beat Rubio’s ever so slightly on Food Quality, the Denver-based chain scored the lowest within the subcategory for Value and Menu Variety.

Chipotle also had low scores, along with Baja Fresh Mexican Grill and Taco Bell, for the attribute of Likely to Return. Among the eight Limited-Service Mexican brands on the survey, Chipotle ranked fourth.

The survey, however, was conducted in January, at a time when Chipotle was emerging from multiple foodborne illness outbreaks that sent same-store sales plummeting 36.4 percent in January.

After launching a strict new food-safety program, Chipotle in February began a marketing blitz that included freebies along with messages of food quality and flavor. Officials at Chipotle contend the recovery will take time, and Wall Street analysts don’t expect same-store sales to turn positive until the end of the year at best.

While Chipotle suffered, other chains distinguished themselves in this year’s ranking. The 194-unit Rubio’s, meanwhile, moved up to fifth place among all Limited-Service brands.

Over the past two years, fish-taco specialist Rubio’s has been working to differentiate itself by beginning the process of changing its name and branding to focus more on seafood in a move to pull away from its fresh-Mex competitors.

What was once known as Rubio’s Fresh Mexican Grill is evolving into Rubio’s Coastal Grill. The chain is using the more simplified “Rubio’s” during the transition, until more restaurants are remodeled.

With that has come a new restaurant design and improved ingredients across the menu to cater to changing consumer desire to know the story behind the meal.

“Our promise to source quality ingredients started when we opened the first Rubio’s restaurant in San Diego more than 30 years ago,” said Ralph Rubio, the chain’s co-founder, in a statement earlier this year.

“It’s always been important to us that our guests feel good about what they are eating, and that starts with the ingredients we use. As guests’ expectations progress over time and the demand for simple ingredients and transparency grows, we will continue to evolve our ingredients to stay ahead of the changing expectations.”