Though McDonald’s and Burger King finished at the bottom of the pack in overall brand loyalty score their burgers make a lasting impression. When consumers want a quick-service burger they think of those brands most often.

Applebee's took the lead over Chili's and TGI Fridays and McDonald's beat out quick-service competitors Burger King and Wendy's.

When it came to sub or deli sandwiches, Applebee's inched past Chili's and Denny's. Subway, however, took the top spot over Quiznos Subs and Jimmy John's by a wide margin.

Applebee’s had the top mind share for lunch and dinner among casual-dining chains, edging out Olive Garden and Chili’s.

Nearly three-quarters of respondents say they think of McDonald’s first when they feel like having French fries, far outpacing the number of people who immediately think of Burger King or Wendy’s.

Get the full report >> 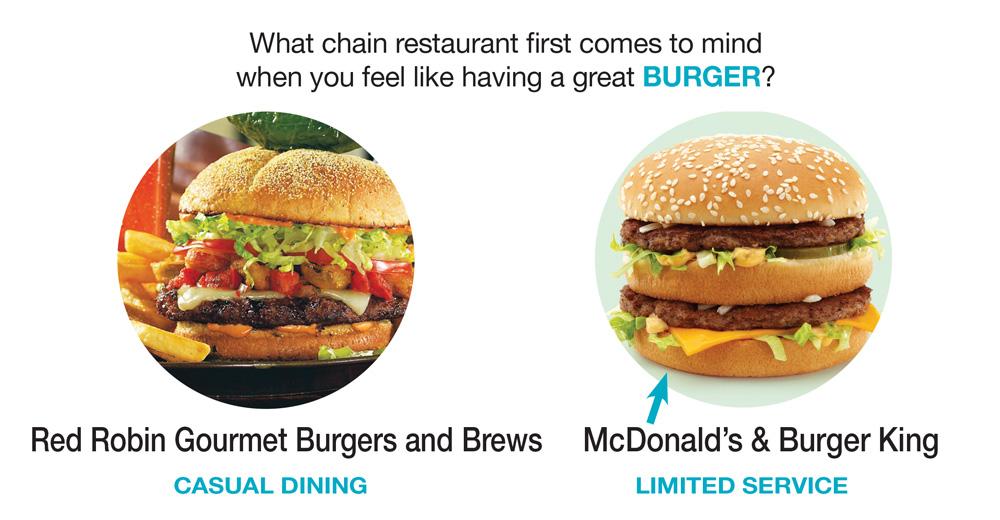 Next Up
10 most craveable restaurant brands: Consumer Picks 2017
Start Slideshow ›