The Cheesecake Factory’s larger than life approach left an outsized impression on diners, who gave the brand’s extravagant decor, massive menu and towering top honors for both ambience and food quality.

The Calabasas, Calif.-based chain bested many of its casual-dining rivals to take the No. 1 rank for ambience, including Olive Garden, LongHorn Steakhouse, P.F. Chang’s, Red Lobster, among others. In fact, nine of the 10 top-ranked brands were casual dining. The only outlier was fast-casual French cafe La Madeleine, which took the second spot.

Five of those casual dining peers — LongHorn Steakhouse, Texas Roadhouse, Outback, Red Lobster and Bonefish Grill — made an appearance in the top 10 for food quality, but limited-service brands with strong followings joined the list as well. But two quick-service chains with rapid fan bases showed that speedy service and high quality food aren’t mutually exclusive. In-N-Out and Chick-fil-A, both known for an obsession with doing a few things, but doing them well, took the second and third ranks, respectively.

Meet the 10 restaurants with the best ambience>>

Meet the ten brands with the highest food quality>>

Burger and pizza dominated the value rankings this year, with eight of the top 10 falling into one of those categories. Consumer Picks favorite In-N-Out topped the list for its focused menu of burgers, fries and shakes at prices that have been relatively slow to rise over its 70 years in business. North Carolina-based Cook Out took the No. 3 spot, while Checkers/Rally’s and Steak N Shake rounded out the burger presence at Nos. 8 and 9, respectively.

In addition to reasonable prices, the four pizza brands on the list each offered their own unique value proposition. Little Caesars Hot-N-Ready platform is design to make picking up a family meal nearly seamless. Papa Murphy’s Take N Bake Pizza gives customers full control of the timing of their meals. Cici’s buffet lets customers get a little bit of everything. And MOD Pizza aims to be fast and fully customizable.

Meet the 10 brands with the most value>>

Out of more than 200 brands from all segments, it was two quick-service chains that topped the list, edging out even well-loved full service brands. Chick-fil-A, which prides itself on lightning speed with a dose of Southern charm topped the list, followed by In-N-Out, another cult favorite. Both are known for friendly service and line-busting tactics, particularly at the drive-thru. But service isn’t only about speed. Representing those times when a more leisurely meal is desired were seven casual dining brands led by The Cheesecake Factory, Texas Roadhouse and Olive Garden. La Madeleine, the sole fast casual brand on the list, came in at No. 9.

Meet the 10 restaurants with the best service>>

To get high marks for taste this year, it helped to do one thing and do it really well. The menus of the top 10 finishers for craveability ran the gamut from sweet to savory, from entrées to quick snacks, but these brands were almost universally marked by one or two memorable signature items. Two brands tied for No. 1: Krispy Kreme’s, known for its warm, sugar-glazed doughnuts, and Freebirds World Burrito, whose queso and Tex-Mex burritos have garnered a strong regional following. Other brands with beloved menu items were Cafe Rio, Cinnabon and La Madeleine as well as burger brands In-N-Out and White Castle.

Meet the 10 most craveable brands>> 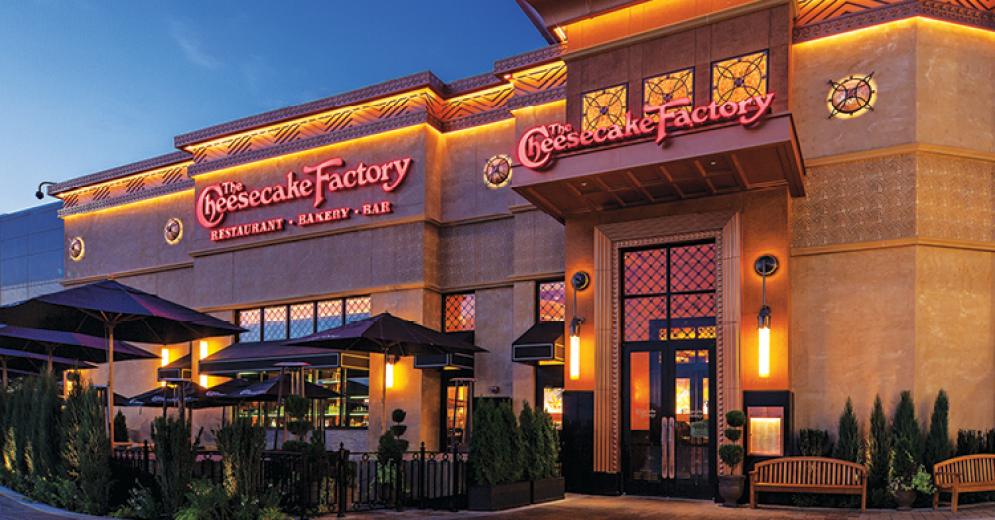