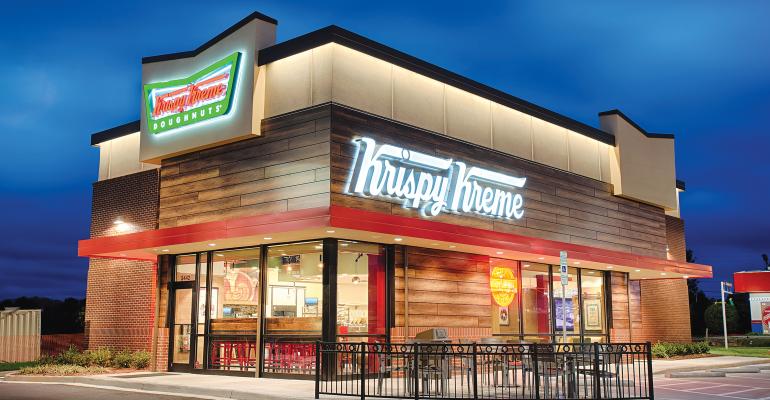 Krispy Kreme Doughnuts has had its ups and downs. The chain grew rapidly in the late ‘90s and early 2000s, with long lines of customers.

There was a much-ballyhooed IPO in 2000, and its highly publicized downfall, followed by a less publicized comeback and sale to Caribou Coffee owner JAB Holding Co. last year.

Through it all, one thing has remained constant: The doughnuts.

Krispy Kreme has tried numerous tactics to attract customers to its more than 1,100 locations, including efforts to bolster coffee sales.

But the main draw remains those doughnuts, particularly the freshly made Original Glazed doughnuts, highlighted in neon by the chain’s famous “Hot Doughnuts Now” sign.

Unsurprisingly, the chain finished near the top among the more than 120 chains ranked in this survey for “craveability.”

Earlier this year, Krispy Kreme celebrated the 80th birthday of its glazed doughnut. The chain opened its doors in 1937.

“It’s remarkable that for 80 years, Krispy Kreme’s commitment to delivering world-class doughnuts the Krispy Kreme way — hot, fresh and now — has not changed,” CMO Jackie Woodward said in a statement marking the occasion.