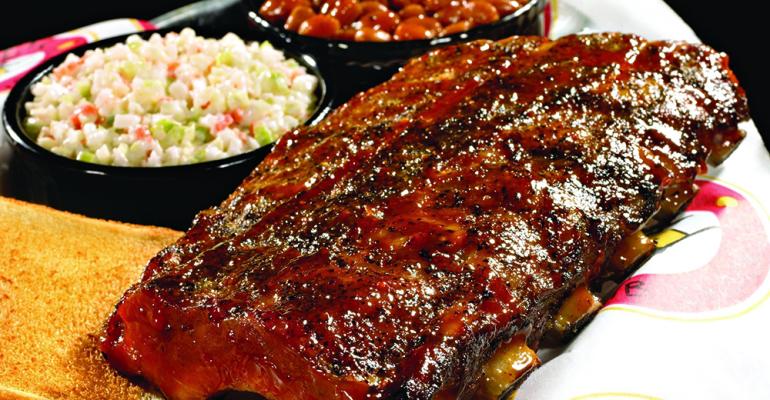 NRN presents Consumer Picks, a comprehensive look at customer preference and restaurant brand strength. This annual special report is produced with Datassential. Get the full report>>

Shane’s Rib Shack, with about 70 units, matched sandwich giant Chick-fil-A, a brand long known for its cult following, in True Loyalty score in the 2018 Consumer Picks.

True Loyalty scores represent the percentage of people who visit a restaurant because they want to experience the brand, as opposed to convenience. Both brands had scores of 56 percent, putting them in the top five for all brands in the survey. 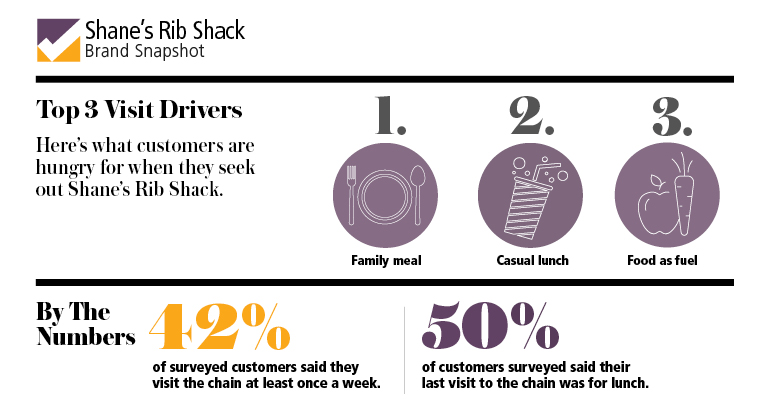 Shane’s Rib Shack, an Atlanta-based barbecue brand, has been cultivating customer loyalty since it was founded by Shane Thompson in 2002.

Thompson and his wife, Stacey, dusted off his grandfather’s secret barbecue recipe and opened the first Shane’s Rib Shack in McDonough, Ga.

“Our goal is not to be the largest fast-casual barbecue restaurant, but the highest performing. If we have a franchise location that is not performing well, we assess and address the situation immediately,” said Thompson, now president of Shane’s Rib Shack. 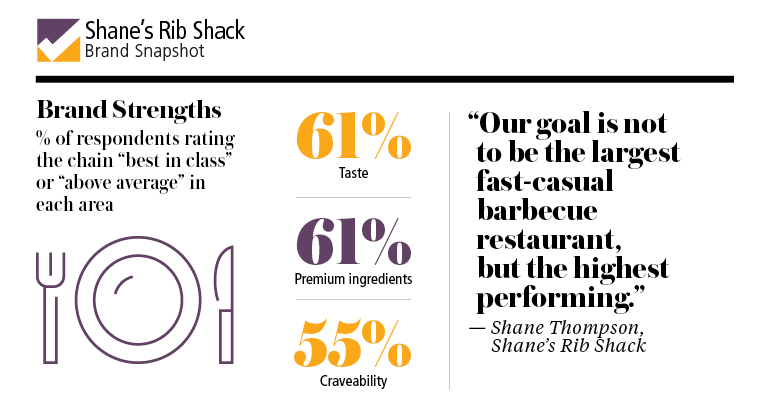 To foster customer loyalty, Shane’s hosts events such as a springtime Rib Giveaway, where the first 100 guests at participating locations get a free half rack of baby back ribs, a 20-ounce beverage and a special edition T-shirt to kick off the summer barbecue season.

“Our fans have been so loyal to us throughout the years, and we want to take the time to tell them how much we appreciate their support. Our continued success is not possible without their devotion,” Thompson said. “Shane’s Rib Shack comes from humble beginnings and we work to stay true to our roots. The Rib Giveaway gives us the opportunity to take a step back and see just how far we’ve come from that tiny shack in McDonough.”

Thompson’s grandfather, Dewey “Big Dad” Brown, played football for Clemson University and passed down his fly reel, the secret sauce recipe and Thompson’s own motto: “You only get a good reputation once, so you better make the most of it.”