Wendy’s is the third-largest fast food burger chain in the United States with annual domestic sales in excess of $10 billion. Its marketing point of distinction is its never-frozen beef made into square burger patties, but it is also widely known for its Frosty milkshake, which customers enjoy using as a dip for French fries, and in recent years for its snarky social media persona.

Wendy’s was founded by Dave Thomas in 1969 in Dublin, Ohio, named for his daughter, Melinda “Wendy” Thomas, whose likeness has been in the chain’s logo ever since.

The chain went public in 1976 and soon became known for culinary innovations including a salad bar, introduced in 1979, and baked potatoes, which were rolled out in 1983. Although those offerings have since been removed, Wendy’s still offers premium salads, including entrée salads that it launched in 2010. It rolled out breakfast nationally in early March of 2020.

It has been selling chicken sandwiches since 1990.

Wendy’s acquired coffee-and-doughnut chain Tim Horton’s in 1995 and took it public in 2006, spinning it off soon after. It merged with Arby’s in 2008, but the two brands parted ways in 2011. 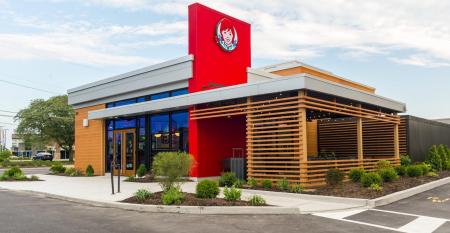 Why restaurant operators should reserve a spot in the metaverse
May 23, 2022
The metaverse is and will be the next generation of social media, the new home of the digital loyalty program and a massive...