Texas Roadhouse Inc.’s main restaurant concept is the Texas Roadhouse dinner-only casual-dining chain, and the company has expanded into other segments with its sports-bar-themed Bubba’s 33 and the fast-casual Jaggers.

The Louisville, Ky.-based company was started in February 1993 when Kent Taylor founded the first Texas Roadhouse in Clarksville, Ind.

In March 2021, founder Taylor died by suicide after battling post-COVID-19-related symptoms that included severe tinnitus. As part of the company’s succession plan, Jerry Morgan was promoted to CEO from his role as president of the company.

Texas Roadhouse has more than 640 restaurants in 49 states and 10 other countries. 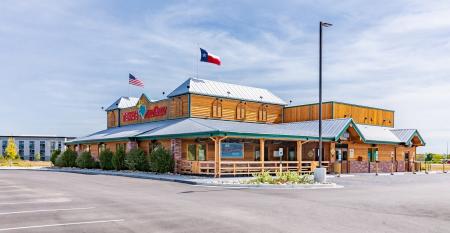