Starbucks is an international coffeehouse chain that was founded in 1971 at Seattle’s Pike Place Market and quickly expanded after the coffeeshop was sold to former CEO Howard Schultz in the early 1980s.

Today, the company is headed by CEO Kevin Johnson and has more than 15,000 locations in the U.S., and almost double that number in more than 70 countries globally. Starbucks has become known as the foremost leader of the second-wave coffee movement, inspired in large part by leisurely coffee culture in Italy. Drinks like the Frappuccino and Pumpkin Spice Latte have since made their way into the public lexicon as universally recognized aspects of coffee culture.

In recent years, Starbucks has doubled down on its investment in digital technology and inclusive culture, with the company committing to a workforce of 30% BIPOC by 2025 in October 2020.

On the digital front, Starbucks has been investing more in technology based on customer convenience needs. In April 2019, Starbucks revamped their loyalty program with a tiered rewards structure, and in July 2019, the company launched delivery nationally.

Most recently, Starbucks began to pivot toward smaller store footprints that focus on drive-thru, and new mobile and pickup-focused stores, closing 400 stores in 2020 to make way for new store formats in their portfolio. 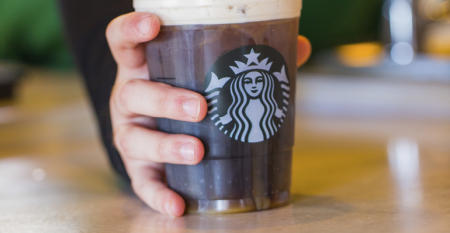 How Starbucks is doubling down on improving employee morale
Aug 03, 2022
Starbucks is introducing an operations reinvention plan to address customer and employee issues, including universal tipping and employee...

Starbucks is permanently closing 16 stores due to safety concerns
Jul 12, 2022
Starbucks confirmed that it is closing stores in Seattle, Los Angeles, Portland, Philadelphia, and Washington, D.C. following issues including drug use

The restaurant industry union movement is gaining momentum: Here’s what to expect
Jul 01, 2022
As 170+ Starbucks stores unionize and now a Chipotle location is organizing, we spoke with attorneys on both sides about the current labor movement and where it is headed

Rossann Williams, head of Starbucks North America and face of anti-union push, exits company
Jun 20, 2022
Williams is leaving Starbucks at the end of the month after 17 years at the company, and is now the third executive to leave...

What employers need to know as Starbucks unionization marches on
Jun 07, 2022
Union organizing is preventable, but employers have to stay on their toes

Starbucks, restaurant operators pitch in after Uvalde, Texas, shootings
May 26, 2022
CEO Howard Schultz says he and others ‘saddened, outraged and confused’ by string of violent incidences

Starbucks to exit Russia over Ukraine war
May 23, 2022
Coffee brand says it will support nearly 2,000 workers with 6 months of pay