Red Lobster is a casual-dining seafood chain known for its popcorn shrimp, crab legs and Cheddar Bay Biscuits as well as its lobster. It is one of the largest seafood purchasers in the world and for that reason has robust seafood sustainability initiatives and protocols to ensure that it can have a steady and affordable supply of product.

The chain was founded by Bill Darden in 1968 in Lakeland, Fla., In 1970 it was purchased by General Mills, which gave it the resources to expand and become a national chain. In 1995 General Mills spun off Red Lobster and Olive Garden, a concept that it created, as Darden Restaurants Inc. That company expanded with other concepts such as Bahama Breeze and Seasons 52, and also purchased other concepts such as LongHorn Steakhouse and The Capital Grille, but as the casual-dining segment suffered in the 2010s, activists investors sold Red Lobster in 2014 to Golden Gate Capital. 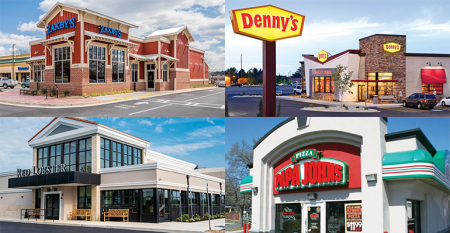 Executives on the move: 13 restaurant leaders with new positions in April
May 03, 2022
For everything from CEO departures to executive promotions, check out this month’s people on the move

Kelli Valade to step down as Red Lobster CEO
Apr 04, 2022
Valade, who joined the casual-dining restaurant chain in August, called her resignation ‘difficult, but necessary’

David Schmidt appointed CFO of Red Lobster as the chain’s parent announces agreement with Sustainable Fisheries Partnership
Mar 14, 2022
The casual-dining veteran has a long history with other seafood chains

People on the move: 15 restaurant executives who changed positions in July
Aug 02, 2021
A slew of CMOs join restaurant companies, McDonald’s creates a new role and Red Lobster names a CEO

Chip Wade on how women and minorities can excel in the restaurant industry C-suite
Apr 27, 2021
The Union Square Hospitality Group president explains how the industry can diversify its executive positions and how to talk to...