P.F. Chang’s China Bistro didn’t formally launch until 1993, but the restaurant concept’s story began in the 1960s with the iconic restaurant The Mandarin, founded by Cecilia Chiang, in San Francisco. Chiang brought the concept to Los Angeles in 1974, and her son, Philip Chiang, operated it. Prolific restaurateur Paul Fleming became a fan of the concept, and the two partnered on a new Asian concept that became P.F. Chang’s — the “P.F.” was for Paul Fleming, and Chiang dropped the “I” for the “Chang.” It would become the first national full-service chain with a menu of wok cooking, later going public, and adding on the fast-casual Pei Wei Asian Kitchen. In 2012, the company invested in True Food Kitchen.

Also in 2012, P.F. Chang’s was acquired by Centerbridge Partners LP for about $1 billion, taking the chain private and speeding the purchase True Food Kitchen. In 2019, P.F. Chang’s was sold to TriArtisan Capital Advisors LLC and Paulson & Co. 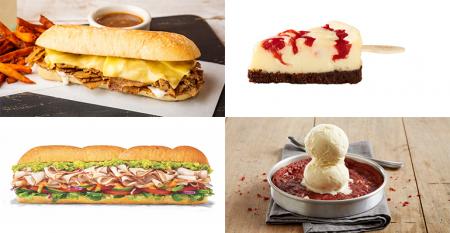 CEO Damola Adamolekun moves P.F. Chang’s to be where the customers want it
Jan 18, 2022
From retail to off-premises to in-store dining, the casual-dining executive seeks to interact with consumers in...

No going back: CEO Damola Adamolekun on why P.F. Chang’s is all-in on off-premises
Oct 13, 2021
The leader of the full-service restaurant chain explains the incredible potential for the brand as it further shifts toward a “channel-agnostic” model.

How Chick-fil-A, P.F. Chang’s and McAlister’s Deli use technology to streamline operations and improve service
Sep 28, 2021
Restaurants accelerate investments in digital tools to drive labor efficiencies and keep up with high consumer expectations around convenience

5 ways restaurant operators can prepare for the labor market of the future
Sep 22, 2021
CEOs of P.F. Chang’s, &Pizza, Native Foods and Fusian weigh in on ‘wage disruption,’ talent pipelines and employee quality of life

Nevielle Panthaky, head of culinary for Chipotle Mexican Grill, discusses pandemic-era menu development
Jan 22, 2021
The perfector of the chain’s queso and creator of its cilantro lime cauliflower rice reflects on the past year of work

Chinese restaurant pioneer Cecilia Chiang dies at 100
Oct 29, 2020
The founder of the Mandarin in San Francisco changed how many Americans see the cuisine