MOD Pizza — the fastest-growing pizza chain in America — is a Seattle, Wash.-based fast-casual pizza company that is still family-owned and operated by its founders, Scott and Ally Svenson. MOD is the largest fast-casual chain in America with nearly 500 restaurants nationwide.

MOD — which stands for “Made on Demand” — was founded in 2008 by the Svensons, who previously owned Seattle Coffee Company, which was later sold to Starbucks. From 2014 to 2016, MOD sextupled in size from 31 stores to 190 restaurants. The company plans to expand to 1,000 stores by 2024. In 2019, Nation’s Restaurant News identified MOD Pizza again as the fastest-growing chain in the restaurant industry

MOD Pizza is popular for its artisan, build-your-own pizzas made in 800-degree pizza ovens and the company is known for a people-first mentality and touts living wages and benefits for its employees. MOD has become well-known for hiring employees of disadvantaged backgrounds, from at-risk youth and formerly incarcerated people to those with intellectual and developmental disabilities, as well as their well-publicized charitable contributions.

Recently, the “pizza chain with a purpose” experienced some sales challenges during the pandemic as their quick-service pizza industry colleagues thrived within the focus on takeout and delivery.

Number of US locations: 499 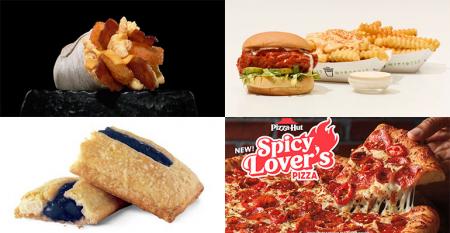 MOD Pizza executive Kira Druyan is seeking to clear the criminal records of workers
Jan 18, 2022
The fast-casual pizza chain hires many incarcerated workers, and this move would set them up for a more...

MOD Pizza submits draft plans for IPO
Nov 22, 2021
The Seattle-based chain could be the next to join the growing crowd of publicly traded restaurant companies

The labor crisis: How can restaurants hire and retain staff?
Aug 09, 2021
Nancy Kruse and Bret Thorn discuss how to bring workers back, or reduce the need for them

Voodoo Doughnut CEO Chris Schultz shares how the concept has adjusted during the pandemic
Aug 06, 2021
Long lines gave way to social distancing and online ordering as the home of the Bacon Maple Bar changed with the times