Originally founded in Lexington, Ky., Long John Silver’s was owned by Jerrico, which went bankrupt in 1998, leading to the chain’s purchase by A&W in 1999. At that point the chain created a new holding company, Yorkshire Global Restaurants. In 2002, Yorkshire Global Restaurants was acquired by Tricon Global, and that company was renamed Yum Brands in May of that year. It was parent to KFC, Pizza Hut, Taco Bell, A&W and Long John Silver’s.

In 2011, Yum Brands announced it would be selling Long John Silver’s and a new company — LJS Partners, comprised of Long John Silver franchisees and private investors — purchased the brand.

After negative press around the use of trans fats and the health of meals at Long John Silver’s, the chain refocused on its menu. James O’Reilly, who took the CEO title in 2015, announced he would refocus on the health of the menu rather than expansion. In January 2021, Blaine Shortreed was named CEO after O’Reilly left for the head position at chain Smokey Bones.

Number of US Locations: 669 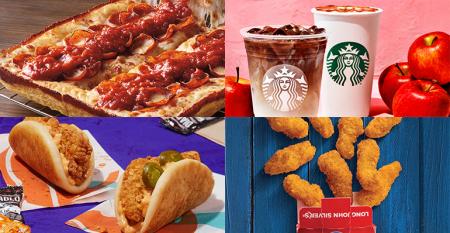 MenuMasters: Trend-setting dishes from across the country
Aug 09, 2021
A look at cross-cultural appetizers, summery cocktails and salads and the latest in plant-based innovation

13 executives on the move at restaurant chains across the country in January
Feb 01, 2021
Starbucks, Yum Brands, Jack in the Box and more appointed new executives in the C-suite

Lent brings the season of seafood to the table
Jan 26, 2021
Despite changes in consumer habits, restaurants get creative with fish and shellfish options

A look back at Yum Brands’ U.S. acquisitions and sales, from Pizza Hut to The Habit Burger Grill
Jan 08, 2020
Over the last 43 years, the parent to Taco Bell and KFC has owned Pasta Bravo, Long John Silver’s and more
Load More