Jersey Mike’s is a quick-service sandwich shop known for its sliced-to-order meats, customizable creations and the signature offering of “Mike’s Way,” which includes lettuce, onions, tomatoes, oil, vinegar and spices.

The concept was born in 1956 in a restaurant originally called Mike’s Subs in Point Pleasant, N.J., on the Jersey Shore. In 1971, Peter Cancro got a job working at Mike’s Subs at age 14. He overheard the owner talking about selling the business, and the teenager convinced his football coach (who was also a banker) to help him buy the shop at age 17.

Cancro grew the brand, and in 1987 began franchising after changing the name to Jersey Mike’s. The chain now has nearly 2,000 locations and in 2019 Cancro took the unprecedented step of paying for the latest round of restaurant remodels, to the tune of about $75,000 per restaurant. Cancro also launched a program to help young workers own their own restaurants. 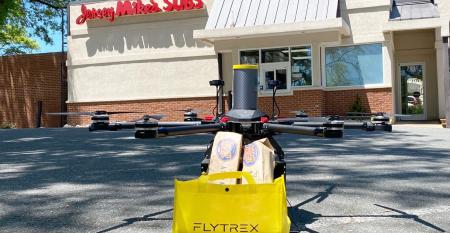 How Jersey Mike’s plans to open over 500 locations in 2 years
Sep 29, 2021
Peter Cancro, CEO of one of the restaurant industry’s fastest growing sandwich concepts shares how his team has...

Heading to the ‘burbs: Real estate availability presents expansion opportunities for 2022
May 18, 2021
Restaurant operators vie for the elusive 3,500-square-foot location with a double drive-thru

Jersey Mike's area director on how restaurants can strengthen their communities
Jan 20, 2021
Angel Velazquez discusses adapting quickly to unforeseen challenges during the pandemic. Meet the innovative, inclusive and...

Jersey Mike’s Subs CEO Peter Cancro to join MFHA President Gerry Fernandez to talk about the path to Black restaurant franchise ownership
Oct 28, 2020
Plus, NRA CEO Tom Bené to speak on the state of the industry in his first address since becoming CEO in May