Two brothers of Dutch descent, Dane and Travis Boersma, founded Dutch Bros. Coffee (naming it after themselves) in 1992 in the town of Grants Pass, Ore. The quick-service chain began as a pushcart before morphing into the current drive-thru model that’s franchised across the country.

Dutch Bros. Coffee is known for its menu of coffee, smoothies, lemonade and other caffeinated drinks.

The company is involved in charity work , and its motto is a nod to that: “to make a difference one cup at a time.” Every year the company holds its annual Drink one for Dane fundraiser for the Muscular Dystrophy Association in honor of co-founder Dane Boersma, who died of Lou Gehrig’s disease in 2009 at the age of 55.

Travis Boersma is the current CEO, even showing up on the TV show Undercover Boss in 2013.

Number of US Locations: 425 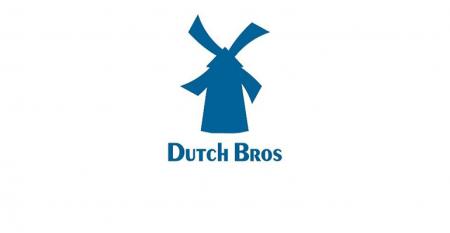 Dutch Bros announces Q4 double digit sales growth and nonconformist 2022 digital and innovation strategy
Jan 12, 2022
Same-store sales were up 10.1% over 2020: founders do not want to focus on beverage innovation or “over-digitize the brand experience”

Portillo’s raises $405M in IPO
Oct 21, 2021
CEO Michael Osanloo says public market is the first step in the rest of the journey for the fast-casual brand founded in 1963

Dutch Bros CEO Joth Ricci on why going public is a big leap forward for the coffee brand
Sep 16, 2021
‘Going public solidifies us as a company,’ Ricci said about Dutch Bros, which is seeking a $3.3 billion IPO valuation

Chain restaurants take to oat milk as a coffee enhancer as well as a dessert base
Mar 05, 2021
The non-dairy beverage in becoming increasingly widespread
Load More